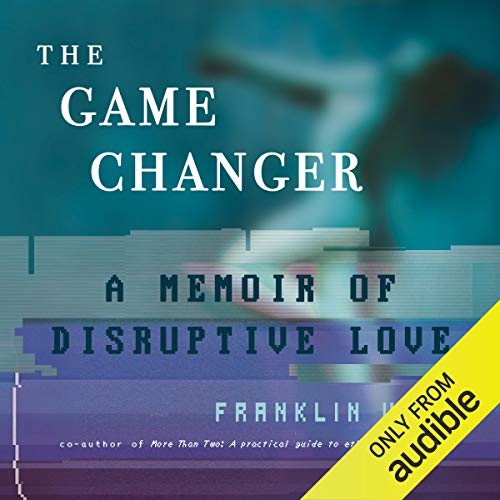 To make an open marriage work, Franklin and Celeste knew they needed to make sure no one else ever came between them. That meant there had to be rules. No overnights, no falling in love, and either one of them could ask the other to end an outside relationship if it became too much to deal with. It worked for nearly two decades, and their relentless focus on their own relationship let them turn a blind eye to the emotional wreckage they were leaving behind them.

The rules did not prepare them for Amber.

"I have a question," Amber would say. And whatever came next would send a wrecking ball through Franklin and Celeste's comforting illusions. Amber was the first of Franklin s polyamorous secondary partners to insist on being treated like a person, and the first to peel back the layers of insecurity and fear that surrounded their relationship. Amber was a game changer.

A game-changing relationship is one that uproots and redirects your life. It overthrows your assumptions about who you are and why. It awakens you to possibilities you'd never conceived of. It disrupts. And it is the unspoken elephant in the attractive showroom of polyamorous relationships.

This book is the true story of a game-changing relationship that changed not only Franklin and Celeste's lives, but the face of the modern polyamory movement.

A game-changing relationship can happen to anyone. How will you handle it when it happens to you?

Maybe better than More Than Two?

What made the experience of listening to The Game Changer the most enjoyable?

As much as I enjoyed More Than Two, it often read like a textbook for new polys. That's not a bad thing, of course. But, it was awesome to hear a story that was 100% from the lived experience of the author. I'm biased in that I learn more from real occurrences (my own and that of others) than theory. Either way, this book is incredibly valuable and should be recommended to anyone who insists on having rules-based polyamory. In some cases, rules can be important to enforce personal boundaries. In other cases, rules are just used to hide away from insecurities and fears you never intend on confronting or processing through.

This is one tough book to read. I cringed as it reminded me of painful episodes in my own life. Yet the book is one amazing story. It makes me wonder a lot more about my own terms and how I want to live my life.

The book’s structure and style was nothing out of the ordinary, but that was perfectly okay. What really rubbed me the wrong way was the author defending being a selfish a-hole throughout the book, even after he realized that he was a selfish a-hole. In his mind, his commitment anxiety justified him hurting the people who loved him and that he claimed to love. I am surprised that his wife wasted so much time and effort on a guy who mocked her family, repeatedly broke the rules and never wanted to commit to her. What a waste of space!

This is not an easy read not because it has complex words or because the chapters are too long but rather because it makes you think more deeply about love. It makes you question what love is and what it may look like. It made me realize two fundamental things: 1) love can't grow in miss trust 2) love requires freedom, acceptance and an open heart.

This book is good for those who 1) are trying to be or are considering to be poly 2) poly people who are facing challenges with the concept of trust 3) people who are not afraid to change their most deep views about relationships.

The author's entire focus is on the ethical treatment of secondary partners--specifically his extramarital relationships. But it was striking to me how he did not show the same compassion for his wife or discuss how unethical it was of him to convince a monogamous woman to lead a polyamorous life that was clearly against her nature and needs from the start.

It also wasn't clear to me that the other women he partnered always had other partners themselves and that they preferred it that way.

How many monogamous-natured people are settling for a poly life in order to hold on to someone who won't commit? What about the ethics of that?

Polygamy is very harmful to women as it goes have in hand with intense subjugation. It's not clear to me how much better polyamorous relationships are given this massive hole in the discussion of ethics.

Plenty of good points. I wish it was still more thorough on resolve. It was easy to listen, but some repetition and jumping back and forth in events made it a bit hard to follow.
I didn't really have a distinct idea of what it should explain to me, and that's definitely a good thing. I do take away from it a lot of questions to answer myself, and ask from others. It gave me food for thought, and I guess that's at least partly what I was after to begin with.

Best Book On Poly I've Ever Read or Heard

Thank you Franklin for sharing your personal story, loves and struggles with us so authentically. I also own 'More Than Two', but this book touches me more directly, and deeply. I know I'll listen to it many times. Thank you so much. And by the way - you're also a really good writer!

Writing this book was a very brave act on the part of the author. He bares his soul without regard to ego. The honesty is breathtaking. The mistakes that were made were human and felt very similar to mistakes I have made in my own relationships over the years. That being said, it demonstrates the reality that love can not conquer all. None of the people in this book were portrayed as evil, selfish or stupid. But difficulties ensued regardless.

As a book, there's a lot to recommend it. It is very entertaining. As a guide to poly, his other book is probably way better.

The beginning started out slow to me, I didn’t understand why there was so much story telling. But once you get half way through, things start to make since and the first part is very needed to understand how he got to where he did. Great book! It is finally nice to read something that echos so much of what I have experienced and believe.

Polyamory understanding at a different level

I enjoyed the book very much. I related in various occasions. Moments in which he tells his story when he is involved with his other lovers reflected on me as an example of how it can be. The struggles that you have to endured to be able to love others equally is what I take from Franklin's story.

While More than two is a great reference book about polyamory, this is a personal and deeply loving story about learning and pursuing a life that allows you to be true and authentic, with others as well as with yourself.