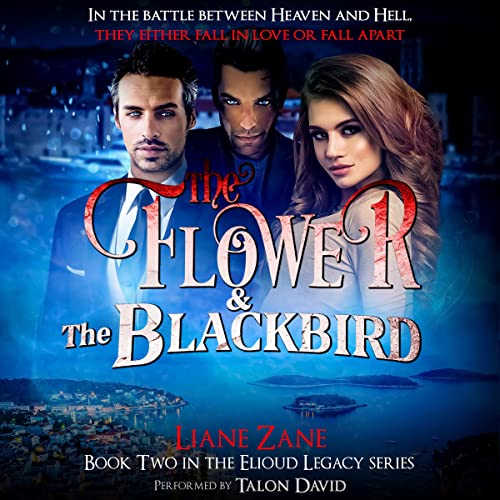 The Flower & the Blackbird

As the conflict between primeval supernatural enemies heats up, her choice will tip the balance.

Six months ago Anastasia "Stasia" Fiore, an intelligence officer in Italy’s foreign security service, led an even more secret life on the side. She ran off-the-books missions with her friends Olivia and Beta, American and Czech foreign intelligence officers. The three women shared the same goal: take down predators. And then, Stasia’s life got way more interesting.

After a complicated, surreal mission that went sideways, Stasia learned that she has angel blood, making her an Elioud. She’s seen what Elioud warriors are called to do, and she’s not interested. Stasia can handle herself with a traditional surujin, a British WWII combat knife, or a 9mm handgun. But, she prefers crafting a cover identity so compelling she can charm what she needs from her target instead. In fact, she’s so skilled that the Carabinieri’s Art Squad requests her help tracking down a stolen Rembrandt painting. That’s what she was doing when Miró Kos, a Croatian Elioud she’s already chained, slashed, and drugged, showed up. He was there tracking the buyer, and whether Stasia likes it or not, she’s now inside another surreal mission. One that will make her question what her Elioud blood means. And what the quiet, intense warrior means to her. For his part, Miró cannot let another woman come before his duty. Or near his heart.

As Stasia sets out to recover the Rembrandt, she and Miró discover that there is more than a stolen painting at stake. And more than one dark Irim stalking Stasia.