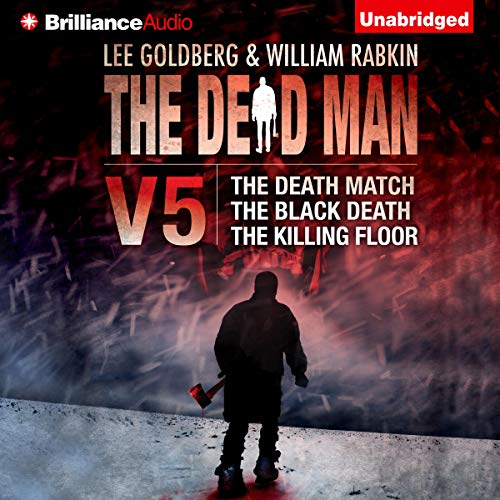 A Shocking accident gave Matthew Cahill the ability to see a nightmarish netherworld that nobody else does…pitting him in a fight to save us all, and his own soul, from the clutches of pure evil in these three exhilarating talks of dark humor, nonstop action, and pure horror in The Dead Man series.

Matt enters the violent world of underground cage fighting…where a brutal death match becomes a horrific fight-to-the-undead that could lead him to the truth about his reincarnation or to his gruesome demise. The black death is a deadly new form of crystal meth that turns its users into black-eyed, homicidal maniacs. Matt must destroy the virulently addictive drug before the madness spreads from a backwoods community to the entire nation. A hydrofracking operation resurrects an ancient, terrifying entity that pits Matt against Mr. Dark in an epic battle that began centuries ago and will end today, with the fate of mankind at stake, on the blood-soaked dirt of the killing floor.

loved every book in the series so far!! one of my mpst favorite book series ive read!!