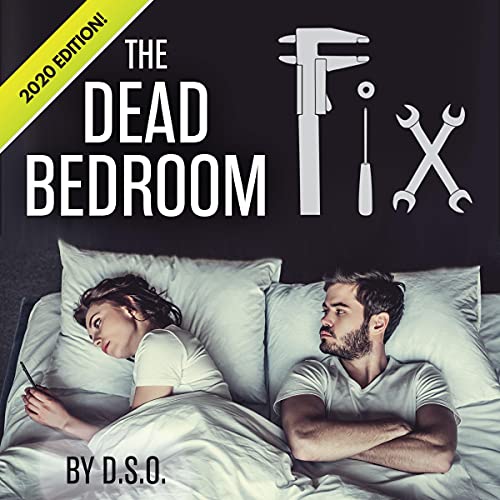 Men: Are you in a sexless marriage?

Divorced and don’t want to go through that nightmare again?

There are a lot of men out there not happy with their sex lives.

What is going on? Is the tried-and-true stereotype of the undersexed husband and the cold, bossy wife inevitable? Are monogamous relationships doomed to such a pitiful state? Is that just the way marriage is?

I don't think so.

To cut a long story short, several years ago, I was married for 15 years, discovered infidelity, quickly divorced, and found myself newly single and sharing custody of three little kids. I, then, started a website: dadstartingover.com. After chatting with many men in my situation, I slowly started to notice patterns of behavior. Most men experienced long “dead bedroom” periods in their relationship, prior to their divorce. Many of these men later discovered infidelity.

Simply put, nobody seems to know what to do to keep the fire going in their long-term relationship. Most of us experience a “honeymoon phase” of intimacy and then, watch it quickly fade as the stress of life and the boredom of familiarity settle in.

It doesn’t have to be this way.

My audience are fixers, and they have tried everything under the sun to light a fire in their wife again. Some have already lost their marriage battle and don’t want to go down that awful road again. What they all tell me: The Dead Bedroom Fix is the best, no bullshit, no fluff guide to getting your self, and consequently, your sex life back on track.

Ok, so if you are a Christian with strong Biblical morals, this book needs to be listened to with a very strong filter. The author goes so far to say, it is ok to be attracted to other girls. We as men, are fallen and do notice other girls. The Bible calls that adultery. The author also states that a female that knows her man is watching porn may want to watch with him as a turn on. Again, adultery. This is sin. Do not listen to everything he has to say. But, with that in mind, it does talk about how the secular world views things and may explain how your wife feels. Take this all into consideration, and in the end pray and consult with God.

Every man needs this information

Very good information for men, regardless of relationship status. I listened in the car to and from work and couldn't wait to get back in the car to hear more. Well written with great narration that delivers the "you've been a dumbass" tone when necessary and the encouraging/affirming tone when you need that. In the end you realize you dont need affirmation from other people and that viewpoint intrinsically makes you happier and more attractive. No I do not work for this author or publisher. I am 48 yrs old and my wife is 46. We met in high school in 1989. I became comfortable and she became restless. I am writing this review because this book describes our relationship and heartache so accurately and if I had read this earlier it could have saved us both years of complacency and the resulting pain that we are working through now. Thankfully it looks like we are going to make it, and I am sure this strategy will help. Thanks for writing this book.

I learned so much about my attitude and how it is affecting my marriage. I might have my reasons for my resentments and anger, but I know that I could have a much happier life if I understood my husband more, and changed my own toxic patterns; this book really helped.

My bedroom was NOT dead...

My bedroom was NOT dead, BUT, every guy wants to be the best life partner, lover, and friend to their wives. My opinion, if you read this book and keep an open mind, you CAN improve who you are, married or single. If you apply these concepts to yourself, your life AND sex life, will improve. Mine did immediately, even before I finished the book.
Jim, 68, retired and finally happy in marriage #3.

This book is a nail on the head self help and often times hilarious programme for men who struggle in the bedroom. This often not easily spoken about and often mind boggling topic of trying to understand my wife phenomenon is disclosed in a simple and very funny way. My only disappointment was that it was so short. Thanks DSO

Thanks for getting right to the point instead of forcing us to listen to a 45 min video only to find out you have to "pay to play". You gave me straight to the point advice. The truth will set you free but first it will piss you off!

I liked the book no matter if I'm a woman. Finished in one night. We are ok otherwise, but in bedroom not so much. I miss us how we were in the beginning - lowers not just parents. Wish the man had listened to this and done something about it not just complained about it ...

big gut check, but very excited to get to work

I hated when I had to put it down. At first it made me feel horrible. Like is that what my wife really thinks about me?? It was crazy how close it hit home. Although I trust that my wife isn't the type of cold hearted woman he was describing, I'd heard alot of the phrases and examples he used from my wife. So I feel like my situation is a combination of the same issues but without the fear of cheating. Just really need a rekindling, making more time for each other. Be the confident strong husband she needs. It was a great book and I was sad when it was done. I actually think I'm going to read it again.

So many harsh truths..
I am trying to engrain this stuff into my mind right now. While at first it was so brutally honest, I found myself becoming enraged, I eventually got to the point where I told myself, wow.. I really need to be about this and really take this with a grain of salt.. life really is kill or be killed and this book really does a great job of outlining the dos and don'ts and carefully and throughly explain all the nuances.

This book just says it how it is without all the altruistic bullshit so typical in other publications.