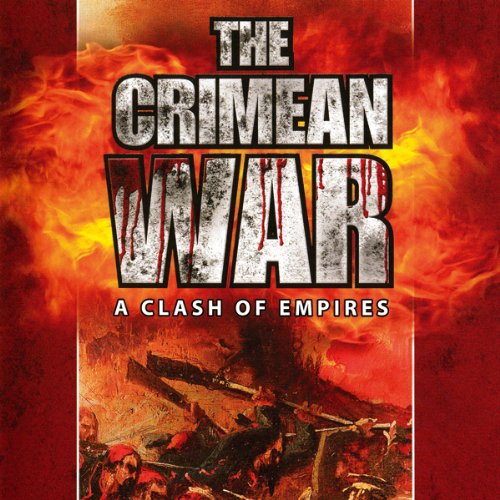 In the years between 1854 and 1856, Britain fought its only European war between the ending of the Napoleonic conflict in 1815 and the opening of the Great War in 1914. Although eventually victorious, this was a hard war fought with little skill and filled with great loss.

Indeed the Crimean War became infamously known for military and logistical incompetence, perhaps most aptly epitomised by the near annihilation of the British Light Brigade. Arguably the only bright light in this sorry tale was the work of Florence Nightingale, a nurse who almost single-handedly drastically cut mortality rates for the British wounded.

The Crimean War had begun as a quarrel between Russian Orthodox monks and French Catholics over who had precedence at the holy sites in Jerusalem and Nazareth, but soon turned into a full scale "Clash of Empires". Celebrated historian Thomas Vaughan expertly tells this compelling story and reports on the lessons to be learned.

This audiobook is based on the DVD of the same name.

I was really excited about the subject matter, but the way it was presented was all together unsatisfactory. I cant tell if the book was poorly written or if the audio presentation mutilated a good book. The sound effects were distracting and it seemed that the reader would stop at awkward moments and wait up to 30 seconds to resume. The effect this produced was a disjointed comprehension of the subject.

not bad but not good

Great story. I got a good overview of the Crimean War. In three hours you can't cover a great deal. That three hours includes music and sound effects. The music I found boring and unneccessary as it added silent length to the lecture. The sound effects were distracting and also superfluous. Not worth the price of a credit but I'm glad I listened anyway.