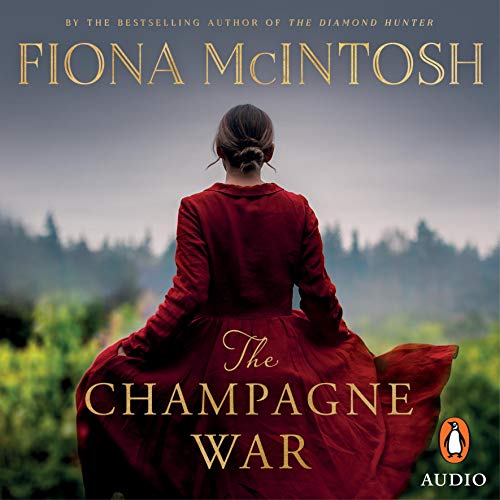 Make these little vines count. Love them as I love you.

In the summer of 1914, vigneron Jerome Méa heads off to war, certain he'll be home by Christmas. His new bride Sophie, a fifth-generation champenoise, is determined to ensure the forthcoming vintages will be testament to their love and the power of the people of Épernay, especially its strong women. But as the years drag on, authorities advise that Jerome is missing, considered dead.

When poison gas is first used in Belgium by the Germans, British chemist Charles Nash jumps to enlist. After he is injured, he is brought to Reims, where Sophie has helped to set up an underground hospital to care for the wounded. In the dark, ancient champagne cellars, their stirring emotions take them both by surprise.

While Sophie battles to keep her vineyard going through the bombings, a critical sugar shortage forces her to strike a dangerous bargain with an untrustworthy acquaintance - but nothing will test her courage more than the news that filters through to her about the fate of her heroic Jerome.

From the killing fields of Ypres to the sun-kissed vineyards of Southern France, The Champagne War is a heart-stopping adventure about the true power of love and hope to light the way during war.

Romance with a full bodied drenching in champagne- read on

Great love story, well written, set against the backdrop of Champagne growing areas in France during WW1. Never has so much information been given in a novel - in this case about making champagne- in such an interesting way. I know all about it now, normally I gloss over these bits in a book. But the way it was written was enticing and nicely woven into the plot.

This is a 5 star for lovers of romance and the fence accent!