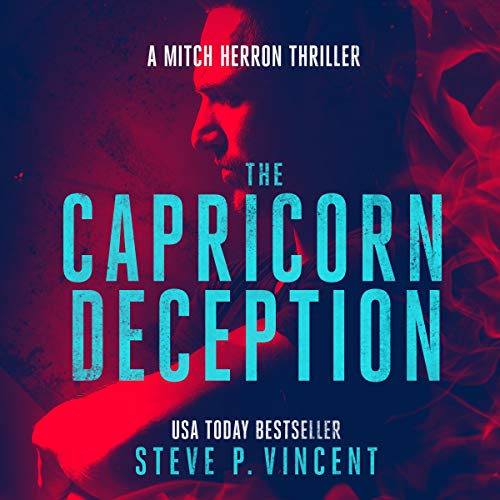 There’s a new terror in paradise….

Mitch Herron has left his past behind. With his evil masters destroyed and his sins absolved, he’s found peace in the South Pacific. But when he’s drawn out of the shadows, Herron is snared in a deadly trap.

Soon, Herron finds himself in the middle of a brutal civil war between two corrupt factions. To escape an island descending into anarchy, he’ll be forced to confront a failure from his past.

Also in the series:

Mitch Herron has been quietly living on his boat and sailing around the world since he dismantled The Enclave. With funds running low, he travels to Fiji to retrieve a long ago hidden stash. Little does Mitch know that his life is about to get very complicated!
A dictator, corrupt oil company, mercenaries...just a bump in Mitch’s day. Another heart pumping story...the ending will leave you salivating for more. Narrator does an excellent job bringing Mitch to life.
You won’t want to miss out on this latest adventure of Mitch Herron!
I accepted a complimentary copy of this book in exchange for an honest review.

The story is both corny and ridiculous, and the narration is halting and unnatural sounding.

I listened to this twice and still don't know where the title comes in, or what it means. Neither we nor he knows who he works for. He just goes around assassinating whoever he is told to. This time he failed, then went back and decided the guy did need killing so took it on all on his own. So, after the first chapter, he is free-lancing. There's some good hand-to-hand, and a corrupt, cruel military dictatorship in Fiji, but otherwise not much point to it all.

The narration fails to realize that Fijians don't sound like Americans when they speak English. There's no real characterization, among people--no accent, no voice, no timbre.

Was a good listen

This one picks up where the last one left off with just as much of an exciting thrilling adventure as the first one. I was held on the edge from one adventure to the next with such a thrilling ride that kept me glued to my seat. Mitch is on the run trying to stay one step ahead of his killers, hunting down the top man trying to make sure no more innocents get killed. You know you are having a bad day when you find out your boss has a hit on you which leaves him with little choice but to join the former assassins to bring down his boss and all he stands for.

The narrator as always does a wonderful job from his character voices to the emotion. His character voices are wonderful you always know who is talking and what they are feeling. His male to female voice is great and easy to follow with smooth and even when changing to one character to the next. He gives the right tones for the scenes you can hear the fear, excitement, danger in the characters voices. His performance is just outstanding. There is no background noises, no volume changes, no repeating of words just a very clean and clear audio that pulls you in. If any breaks were taken I could not tell it was just a very clean and clear audio that I got lost in. The narrator normal voice is just a wonderful as his character voice keeping you on the edge with danger and true emotion that makes your heart beat a little faster as the scenes unfold keeping you on the edge. Mr. Jordan does a great job bring the audio alive making you feel each emotion, danger and excitement that the author gives. It was a thrilling ride that I totally enjoyed from a very talented narrator.

It is a very intriguing listen that captivated me with danger and adventure one after another. There is drama as he takes out first one person and then another never knowing when it might be his turn. You can read as a standalone but the other books gives more insight to the story. The author gives a well-thought-out plot that makes you want to listen until the end. The characters are believable and become your friends. I had no trouble playing out the scenes in my mind. I am so hooked on this series and can’t wait for the next one to come out. If you love action adventure, thrills and chills that is fast pace and keeps you on the edge this is for you.