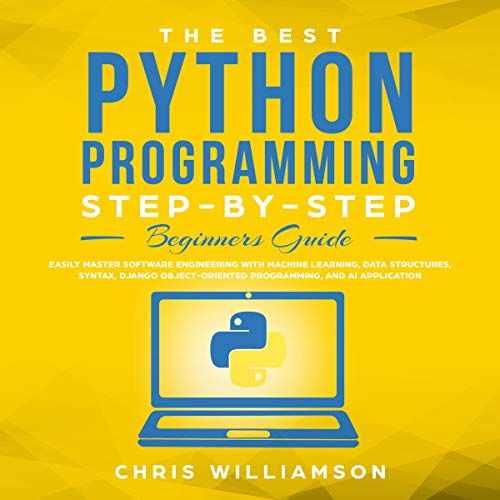 Discover why you will be able to understand Python programming language in less than six hours if you can read an English sentence.

If you see a code called “print“, what do you think is going to happen?

a. This line will be copied

b. This line will be printed

c. his line will be deleted

If you have the level of a primary school kid, you´ll most likely answer “b“, and you are right.

Python is known as the easiest programming language in the world. Even if it is so easy that kids can learn the basics, you are able to develop big and complex projects. Google Search and YouTube are just some examples of big products powered by Python.

Statistics revealed that 6 out of 10 parents preferred their children to learn Python instead of French. There is a high demand for people to know programming language. Instead of being a language designed for computer nerds, you can use Python in everyday life to design cool automations and build applications like Dropbox and Instagram.

Imagine all your ideas can easily be turned into a real product without investing thousands of dollars into web designers or engineers. Just think about all the entrepreneurs and young startups with big visions, but no programming skills. Even if you don´t have a creative idea yourself, you can easily turn your Python knowledge into $100 notes.

Even if you have never used any programming language before, you´ll be able to understand and apply Python and turn the virtual world upside down.

Discover all the crazy opportunities you have once you know how to talk the most essential programming language in the world.

Scroll up, click “buy now“, and enjoy clear programming on both small and big scales.

This audio-book contains tons of backup info. It is reported elegantly and is not too costly. The speaker will be inspiring us to cover up a lovely audio-book.

This is book excellent

This audiobook was truly able to help me to learn Python the easy way. I would like to say this is an extremely informative and helpful audiobook for those who want really to learn python.

I must confess that I was very closed in terms of computing and programming, but when I learned how useful data science and data analytics would be, I started looking for help in this book, and my expectations with this guide were correct, now I feel like I can face this new and more systematic world more easily than before.

I enjoyed it a lot!

Advanced programmers will want this. Well-written and useful. Thanks to the author for giving us this amazing book.

This is a must-have!

This is the most informative audiobook on python that I have ever purchased. It way surpassed my expectations. If you are learning Python. This is a must-have!

I enjoyed this book.

I enjoyed this book. I had not much experience with python before listening to the book however I was able to pick it up quickly.

I even applied to my first machine learning job using python, and I can’t wait to listen to more books from this author

The person who decorated the audio-book did quite well. This audio-book I'll probably write to my loved ones. Feeling inspired.

All instructions and recommendations are very detailed, clear, effective, and helpful. I liked this book very much and I would recommend it for those in need of this type of information.