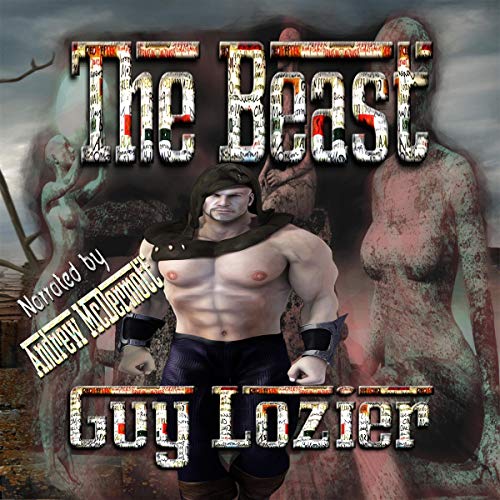 From the award-winning author Guy Lozier comes this unusual book. Half fiction and half non-fiction, Guy packs a punch that puts him on top of all the rest. Blurring the lines of reality, Guy unleashes new characters that make you laugh, cry, and keep you glued to your seat waiting to find what happens. Mystery and intrigue combined with humor makes this listen a must-have.

Originally published as Assassinating Custer, Book One of The Disclosure Files and The Hybrid Anunnaki, Book Two of The Disclosure Files: We follow Guy's team through their investigation of the never-before-published manuscript of William D. Nugent, who fought and survived the Battle of Little Bighorn. The outlandish tales of Guy's team surrounding the investigation are designed to capture one's imagination for entertainment purposes. But it leads us to the truthful events of Williams manuscript and the true story of Custer's demise at the hands of President Grant's war machine.

William Nugent gives us insider information from one of Custer's closest friends. William had grown close to Custer long before Little Bighorn. William kept quiet after Custer's death as he was instructed that if he spoke to the press about what he witnessed, that he would find himself in prison for life or outright shot. So William remained angry for 40 years until he couldn't keep it bottled up inside any longer.

Then he tried to get his story published. But something or someone would always stop publication. His story told how the generals of his time, along with President Grant, had lied to the press. William knew about some of it and guessed about other things. But William knew that lies were being told to the public.

Some of the questions which have remained hidden for so long....

Did President Grant's Administration funnel repeating rifles to the Indians to set up a false flag event?

Are the rumors true that Custer married an Indian woman and had two children by her?

Was Custer purposely setup to die at Little Bighorn?

How did Custer really die at Little Bighorn?

These are but a very few questions that are actually answered. Most books about Custer do not have these answers at all or one can only guess the real answers. You will find the real answers and much much more....

But to start it all off, Guy pulls his biggest punches up front. The movie National Treasure with Nicholas Cage comes to life as Guy and his dog Milo are forced into hiding as all those nasty shadow agencies kick into high gear to try and stop him from publishing William D. Nugent's manuscript by sending out their best asset, The Beast.

Then as the story unfolds Guy's team begins to track The Beast across the world only to be saved by him as they uncover new truths in Australia surrounding aliens of all things.

Love the book series. After so many, they feel like family!!😊 Always a great listen highly recommend the series and have passes it on to many friends.

I highly recommend this one!

My favorite book of this series so I was naturally excited to get to listen more. I highly recommend this one!

Good book ever I listen!

Great book but the always are! I have been in love with all these books since day one. I own every one of them. Thanks. great work!

This is the best series I have ever listen!

This is the best series I have ever listen! So good that you can listen each book multiple times! Only problem is waiting for next book in the series to come out lol

I think I may have listening them all at least twice. If you are into the beast romance these books are for you, a very good listen.

Excellent book. I love all books

I thought this was an excellent book. I love all of these books. I recommend the entire series starting with Dark Lover.

Outstanding story with some of my favorite characters. Movement between the different characters is perfect. She never fails to bring them all to life with their stories blending perfectly.

I was hoping for so many things in this book, but this is what I got and I enjoyed it so much more.

So excited to get it

This book is good. I was so very excited to see this phase happen and become a part of it!!