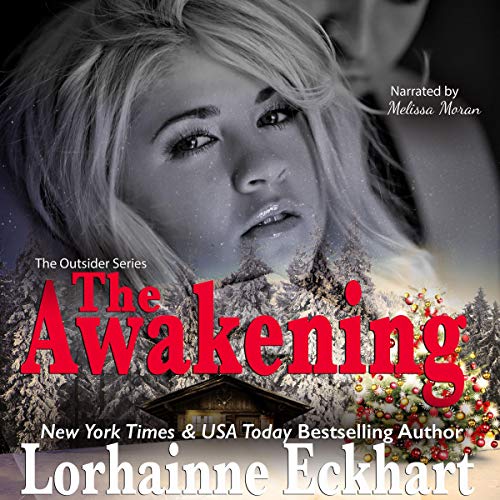 A young woman who's lost everything, and the wealthy rancher who must choose between his family's power and his conscience to help her.

Laura, a young single mother, is barely making ends meet working as a maid at the Friessen mansion. Until one day she is fired, the next day she is evicted, and two days later her son is taken away.

Wealthy rancher Andy Friessen can have any woman he wants, but when Laura is fired by his mother over something he was responsible for, his conscience gets the better of him and he steps in to help. The problem is when he goes looking for Laura he not only discovers she's been living in her car, but the state took her child away.

With Andy standing beside her through a courtroom fiasco, they must fight together to regain custody of her son.

Another engaging story by this author

What happens when Andy Friessen, a spoiled, rich man becomes the reason that a young maid in his family’s home is fired by his cold and bitter mother?
He feels responsible for Laura’s demise. When he finds her walking away from the house, and offers to take her to pick up her four year old child, he realizes she is living in poverty.
His parents prohibit him from helping her since they have other plans for him . They also threaten to deny his cousin the loan he seeks for his equestrian therapy center.
When Laura is left homeless and might lose the person she loves most, Andy steps in to help.
It’s a story that will touch your hearts. It also opens ones eyes to how easily one can end up in poverty, and with little resources . Especially for a young single mother with little education and no support.
Another engaging story by this talented author.
I enjoyed not only reading the story, but listening to it in Audible.

I was left wondering about this Friessen male.

The Awakening just doesn't seem to be a fit name for this story. I have the complete Outsider series which I acquired one book at a time and love reading and listening to this author, but I was left unfinished at the end. We have the hero Andy trying to be a strong, independent, extremely rich male, living at home with dominant, domineering, mommy. The heroine Laura is living a hard and depressing young life raising a child on her own. Through out this entire story there is no real physical connection of any kind to make one believe that this is going to become a falling in love, getting married, happy ever after couple. For me at the end it felt like a Fairy Tale. I think my mind could not grasp this fact: If I was a very rich, independent, dominant, male, would I be living at home with this mommy?

This was an emotionally heartbreaking story about a single mom trying to protect and care for her son and a man from a well to do family who does everything he can to keep this family together. Laura has struggled emotionally and financially since she was 15, the love she has for her son keeps her going. Andy is being used as a pawn (by the people who should wants what’s best for him) in a game he has no idea he’s playing. This was a fantastic must read that readers won’t want to stop listening to. The Awakening is filled with drama, twists, secrets, heartbreak, Hope, and friendship.

Enjoyed this story in the Outsides series. Had read the Ebook and fun to listen to book while doing what I need during the day. Good narrator.


I feel like I know this story by heart. The Awakening haunts you like a melody. Laura and Andy are caught up in a whirlwind of heartache, deceit and power. There are moments when your mind wants to step away, but your heart won't let you. Moran digs deep and delivers every emotion with a purity that touches the soul. Reading Eckhart is often times like forgetting to tell your heart to breath. It's an automatic reflex.

This one just about broke my heart.

This was a wonderful story but a tad bit more unrealistic than I usually like even in a romance that I read for escape thus 4 stars instead of 5.

I do like it when not so nice characters from previous books get redeemed and Andy did manage to redeem himself rather well.

I’m a bit disappointed that his mother and father didn’t get what they deserve but perhaps that will be addressed in another book in this wonderfully complex family saga.

I cried many sad tears for what Laura went through but she was one tough cookie and I cried happy tears when she finally got her HEA.

I enjoyed Melissa Moran’s performance of the story. I think she did a great job with all of the different voices.

I’m looking forward to listening to the next book in the series.