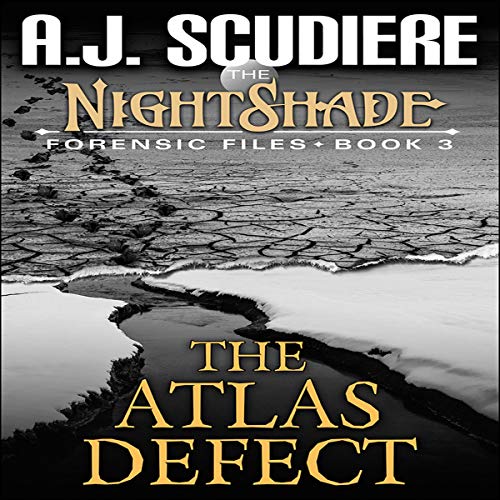 As Agents Heath and Eames uncover the truth, a decades-old scandal comes to light. Even now, some are willing to kill to keep their secrets hidden.

Eleri wanted a different kind of case. She should have been careful what she wished for.

When an odd human skeleton in Michigan’s Manistee-Huron National Forest triggers a NightShade investigation, Eleri and Donovan arrive to find it missing. But two other skeletons are a little too easily uncovered - each displays different anomalies that raise alarming questions.

The bones aren’t from the area or probably even the continent. A decades-old abandoned building doesn’t register on satellite images. Files detailing genetic experiments on children are even more disturbing, and most of the children are unaccounted for.

Who were the test subjects and where are the bodies? Eleri and Donovan believe there are others out there who haven’t died yet. But they will, if something isn’t done. Fast.

If the case itself wasn’t enough of a problem, someone is watching. Someone with a particular interest in Donovan’s own skeletal anomalies....

I really liked the characters and the storylines were different from so many. others out there right now. The narrator had an easy voice to listen too as well.

Eleri wanted a different type of case, to sink her teeth in to solve. With Donovan they got the odd.anomalies shape remains they are not of that region. Another Nightshade Mystery excellent plot and characters. Given audio which was good and enjoyed, for my voluntary review and my honest opinion