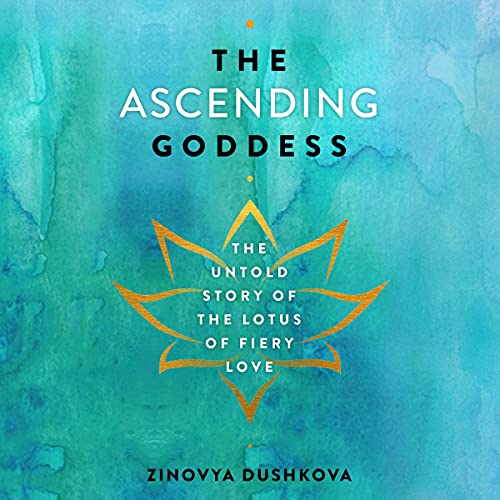 The Ascending Goddess: The Untold Story of the Lotus of Fiery Love

Is God a Woman?

Unveiling our forgotten history, Zinovia Dushkova, Ph.D., continues to reveal sacred texts that have been immortalized in the secret depositories of Shambhala. This time her new work represents a synthesis from the pages of the Book of Dzyan and the Book of Fiery Destinies, which tell about the creation of our world by Woman - the Goddess Lakshmi, who is known in Gnostic Christianity as Sophia, the bride of Christ.

Elucidating the path of Lakshmi on the Earth, The Ascending Goddess will help you understand in a new way the spiritual path which every woman is destined to traverse, along with the rest of our planet’s humanity. This book will fundamentally change your attitude towards so-called wrathful Deities and will also tell you about the structure of the Hierarchy of Light, revealing the secret purpose for the descent of the supreme Gods from the Heavens and their lives among ordinary people - even today! Listen to this audiobook now to hear the untold story of the Goddess of Love!

She includes facts that trigger memories of experiences with the Divine creator’s connection to descended gods. After reading this book, I realize that what I thought were dreams, are actual callings to take my place among the Earthly gods. I recommend this book to all awakened seekers.