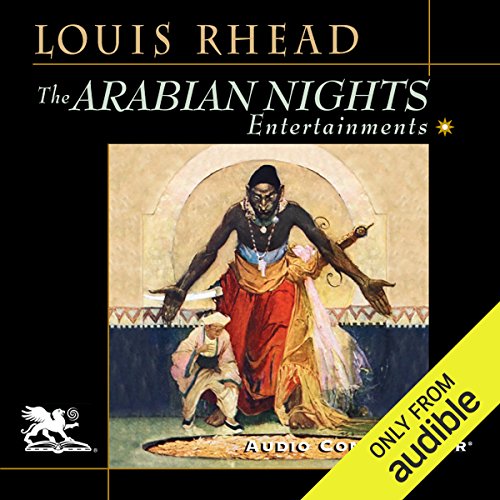 The central core of the stories concerns a Persian king and his new bride. The king has a brother who is a vizier in faraway Samarcand, and he invites him to come to the palace for a visit. Just before his departure, the vizier is shocked to discover his wife's infidelity. Enraged, he kills her. Full of pain and grief, the vizier continues on to the court of his brother, the king. But, once arrived at his brother's palace, the vizier soon discovers the king's wife is also involved in an even more flagrant infidelity, which he reluctantly reports to him.

The maddened king, Shahryar, then kills his wife, too. The distrustful king next decides to marry an endless succession of virgins only to execute each one the next morning before she has a chance to dishonor him. Weeks go by. Eventually, Scheherazade, the vizier's daughter, offers herself as the next bride. She is convinced she knows how to stop the slaughter. Her father reluctantly agrees to the marriage.

On the night of their marriage, Scheherazade begins to tell the king a tale, but does not end it. The king, curious about how the story ends, is thus forced to postpone her execution in order to hear the conclusion. The next night, as soon as she finishes the tale, she begins (and only begins) a new one, and the king, eager to hear the conclusion, postpones her execution once again. And so it goes on for 1,001 nights....

Listen as the fabulous tales of Alladin, Sindbad the Sailor, Ali Baba, and many others sweep you away to the Golden Age of Islam.

Includes stories absent from other versions

The reading may be on the speedy side, which does mean you need to pay closer attention than normal, but you get used to it.

The good news is that the longer duration and faster reading means a greater number of stories than other versions available on audible.com (including some not present in the original Arabian Nights such as Aladdin and Ali Baba). I'm happy to deal with a swift reading in exchange for extra stories, and apart from the swiftness the reading is excellent.

My only complaint is that the translation seems to abridge things a bit more than some versions.

A PLEASURE NOT TO BE HURRIED

What made the experience of listening to The Arabian Nights Entertainments the most enjoyable?

This is first Audible selection I have encountered that was narrated too fast to be understandable. I slowed it down to .75X with the app control and it was ideal! The narrator's voice was rich and and seemed an ideal fit for the material, considering the elements of magic and mystery in these classic tales.

No library is complete without it, and this is an entertaining version. The narrator speaks in a British accent, and he does a good job. Complete with cheesy sound effects as the stories transistion.

It was a great story and he did a good job narrating it, but since the main character is a woman telling stories to her husband, it would have been easier to enter into the story if it were a female narrator.

PERFECT IN EVERY WAY

This will make you want to read it to your kids affecting Charlton Griffins every manner, but this cannot be done.

Charlton Griffin did us a huge favor and immersed the reader in one of the most underrated epic tales of all time. There are a couple stories missing from this telling, but Louis Rhead still brought us an enjoyable take on the dozens of stories that make up the Arabian Nights.

There are really alot of stories

I underestimated the sheer amount of stories required for one Oman to tell for 1001 nights. The stories themselves are wonderful, a little misogynistic but understandable given time period. 4 stars for performance because the narrator does lady voices in a strange way. Also, kunefa..

A really cozy and proper reading

An excellent reading of a packet of fascinating Middle Eastern tales...very complex, rambling, bizarre stories within stories. A real pleasure for fans of original folktales, not-sanitized fairy stories and the like. Charleton Griffin's narration is always crisp, precise, and excellent, and I think he really excels at classic tales.

An incredible compilation of inspiring stories that will inspire the mind of all who listen.

The stories of the Arabian Nights are very different than what Americans grew up listening to, but they really are wonderful.
Since the concepts and stories are so unusual to us, this book should be read at a nice even speed with emphasis in the proper places.
Instead, the reader just blows through the book and it is extremely hard to follow what on earth is going on. I slowed the playback and it was a little more tolerable, but still not so good. Had I not read this book more than once as a teenager, I don't think I would have gotten through 5 minutes.
I ended up giving up half way through the book.