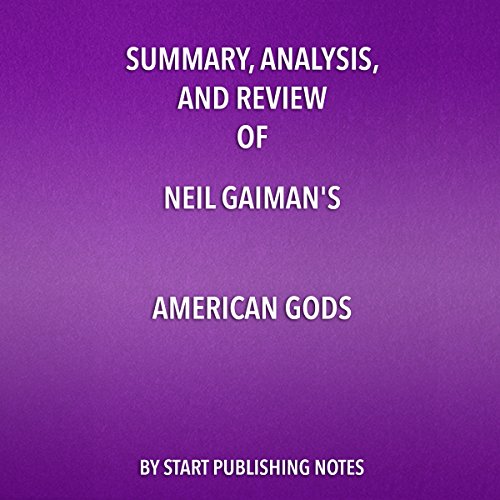 Please note: This is a key takeaways and analysis of the book and not the original book.

Start Publishing Notes' Summary, Analysis, and Review of Neil Gaiman's American Gods includes a summary of the book, review, analysis and key takeaways, and detailed "about the author" section.

American Gods is a novel about a war between old world gods, who have been transplanted to America, and the local, more modern American gods who have sprung up in the United States over time. The old gods include divine beings and mythological creatures from various traditions, including Viking gods like Odin and Loki, Egyptian gods like Thoth, Irish spirits like leprechauns, and African gods like Anansi. The American gods are less well-developed and individualized, but include personifications of media and technology. In most mythological systems, gods create the world and human beings. In American Gods, however, Gaiman presents a world in which human beings create gods. The deities require human belief, sacrifice, or worship in order to survive. Many old gods came to America with their worshippers over the years. However, the old gods, who no longer are worshipped, have lost power and solidity. While they still have some special abilities, many of them are not much more powerful than humans, and they can be killed and destroyed much like humans can - though it takes a little more effort.