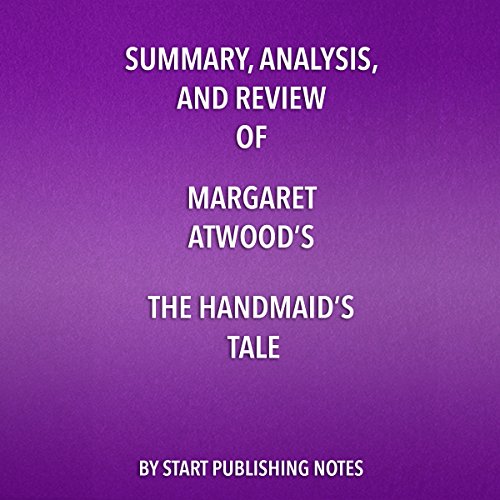 Summary, Analysis, and Review of Margaret Atwood's 'The Handmaid's Tale'

Please Note: This is a key takeaways and analysis of the book and not the original book.

Summary, Analysis, and Review of Margaret Atwood's 'The Handmaid's Tale' includes a summary of the book, review, analysis & key takeaways and detailed "About the Author" section.

Preview: In an alternative version of America, a neo-conservative, alt-right type terrorist group took over in a coup — they shot the President, machine-gunned Congress, got the army to declare a state of emergency, instituted martial law, suspended the Constitution, and instilled a totalitarian theocracy. Although this group claimed their taking over was only temporary, America became the Republic of Gilead. And because they were able to blame a worldwide fertility crisis (in which babies had a one-in-four chance of being born with deformities that would make them unable to survive outside the womb), the Gileadean regime was able to reverse women's rights, claiming it had a solution to the crisis via a return to so-called traditional values. The Commanders of the regime restructured society and restricted women according to reproductive abilities, as well as class status, so that women were prohibited from reading, from holding property, from having jobs and from being independent.

Feminists and certain infertile women of low status were classified as "Unwomen," and some were sentenced to labor camps called the Colonies. Certain privileged women already married to the Commanders are the Wives, and wear blue. Less privileged women are assigned roles, according to their fertility — those still able to bear children are designated as Handmaids and wear red, while those unable to bear children are designated as Marthas and wear green....