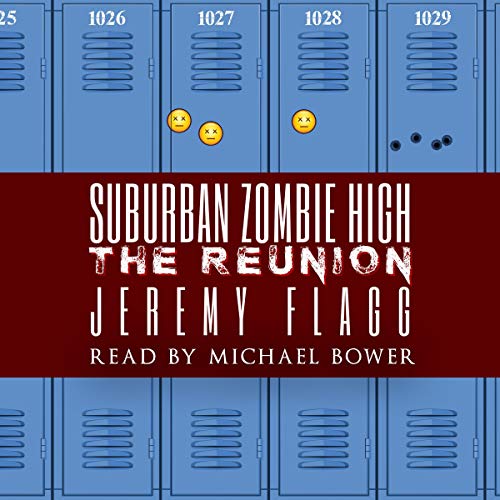 Five years have passed, and each survivors copes with the knowledge that zombies nearly ruined their graduation. A covert team investigates the dead, silencing outbreaks around the United States. Intel suggests the next outbreak is only miles from Boxford High at the King David Mall.

The suburban town of Boxford remains oblivious to the heroics of the small group that prevented the zombie apocalypse. Now, the school is rebuilt, and the auditorium is being dedicated to the aloof teachers who "vanished" in the fire. The few survivors are invited as the guests of honor.

Meanwhile, angry moms and vicious mall walkers threaten to destroy mankind. With new additions to the cast, they fight their way through zombie hoards and clearance sales. While the outbreak ravishes the mall, something darker is afoot and may shake the graduates to their core.

great storyline but yet too short i wanted more

great book and just was a good listen to i just wished it didnt end so quickly it felt like it just started then it was over i read the first one and was hooked then read this one and man i wanted more and the book just kept throwing the story at you and it made me want more.