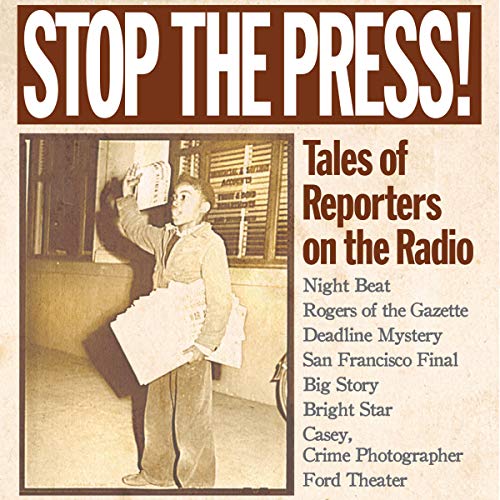 Stop the Press!: Tales of Reporters on the Radio

Stop the Press!: Tales of Reporters on the Radio

From hardboiled to homespun, newspaper reporters were featured prominently as dramatic characters during the Golden Age of Radio in the 1940s and 1950s. Radio Spirits is pleased to bring together 15 of these classic audio shows for your listening pleasure, all digitally remastered and restored.