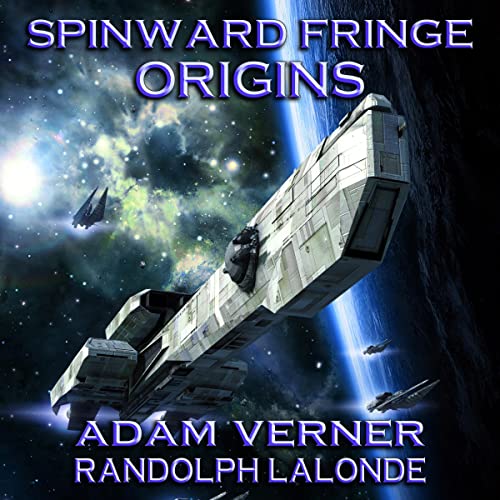 Jonas Valent thought his days of adventure with Freeground Fleet were over. He retired after serving during the greatest conflict of his time. Now he welcomes travelers to Freeground Station—an outpost in one of the darkest regions of space. It's an important job, but his restlessness is getting the better of him.

In his off-hours, Jonas and the friends he's come to know through a true-to-life simulation system have been running combat simulations. Not just video games, most of these sims come straight from Freeground Fleet's training database. After years of overcoming one challenge after another, they've worked their way up to defeating restricted level simulations and the military is starting to pay attention.

Desperate for good commanders, Freeground Fleet won't be able to ignore Jonas and his friends. They need a versatile group of talented individuals to go out in the galaxy, meet new people who can help the lonely station, find new technology and explore the stars.

We join Jonas on the first day of a bold adventure. Minh-Chu, a long-time friend and fellow vet, has pushed him out of anonymity and the Fleet are eager to put Jonas and his friends to work. A crew of civilians, retired military, and active officers will emerge from a group of friends who will venture out into the galaxy to help their home station. Nothing can prepare them for what they find.

Spinward Fringe Broadcast 0: Origins stands alone as a space-opera epic, but its success launched the popular Spinward Fringe Space Opera series. Now the trilogy that started it all is elevated to a whole new level, thanks to the performance of narrator and storyteller Adam Verner.

I really enjoyed this series as a book. I like it so much I want to listen to it also.

I hope they make all the books on aubible.

I read this book a few years ago, the tech ideas are amazing. The Author being able to thread all of it into a coherent story was quite enjoyable. After reading the Black fleet Trilogy by Joshua Dalzelle, he brought fighting the ship to another level. I still find spinward fringe enjoyable. The narrator was not to the level of Mark Boyett or Andy Weir, thus I took a couple of points off of performance. I wish the rest of the series was available Audible does have book two, but I’m hesitant because of the narrator.