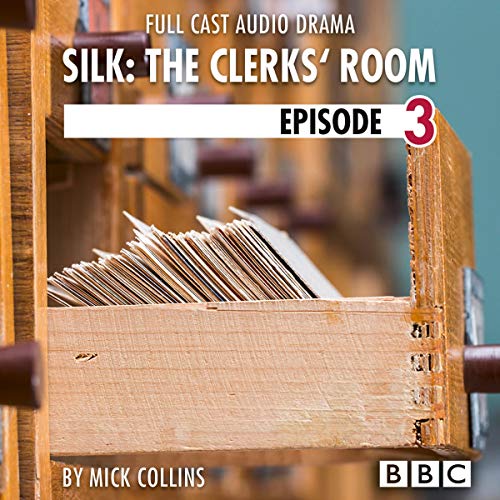 As the battle of supremacy of the clerks' room reaches fever pitch, John finds himself caught in the crossfire. Head Clerk Billy Lamb and Practice Manager Harriet Hammond have made no secret of their disdain for each other's work practices. The conflict passes the point of no return when they both independently conspire to oust each other. As second-in-command, John soon finds out how highly both sides value his allegiance. Forced to pick a side, it's not long before he's embroiled in plotting a devious coup.

Based on the BBC1 series "Silk" created by Peter Moffat, the radio series tells of the adventure and mishap in the Clerks' Room at the Shoe Lane chambers.