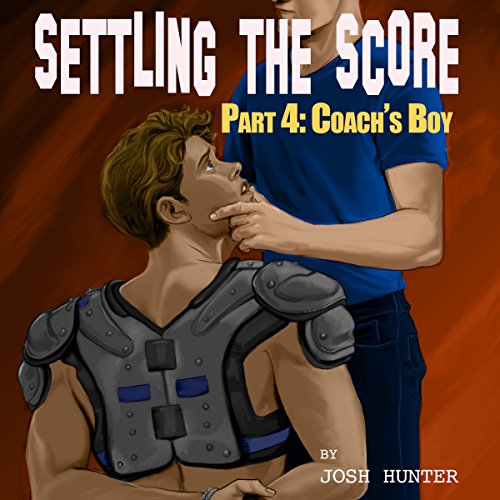 Things are getting complicated for the golden boy jock....

Up until last week, everything in life had come easily for the high school quarterback - football, girls, friends. So what if he was a little rough on Kevin, the gay guy in his class? Isn't every jock supposed to pick on "queers"?

Now Wade is learning his lesson the hard way. Ever since Kevin got his hands on that video, Wade has been at Kevin's mercy...and at his service. Wade has had to do things that he swore he never would. But the worst part is that he's starting to like it. Wade's gotten a taste for something that he can't get from this cheerleader girlfriend.

But that may be the least of the straight stud's problems. Because Kevin's not the only one who's found leverage on Wade.

And if Wade thought his coach was hard on him before, he has no idea what's coming.

this is amazing story

I thought this entire story was amazing and I hope Josh Hunter makes new novels I love the stories he writes.

too much abuse by a teacher for my taste

too much abuse of a student by a teacher for my taste. it made me uncomfortable

This was my first erotica book. I generally want more, but this was on par. For the price, recommended.

Hot Nothing else to say

The narrator gives the extra litle push to make the story hotter.
It speeds up the fantacy that almost every gaydude want