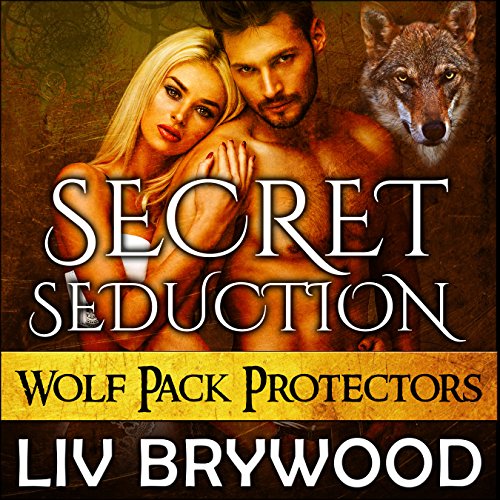 When a tall, dark and dangerously sexy Alpha werewolf rescues Diana from a vicious attack, she doesn't know who to fear more - her attacker or the wolf. She's heard whispered legends of a powerful werewolf but never believed such a creature could exist. Captured by the wolf, she's taken to his den, and to his bed.

Five years ago, a tragedy shattered Ryker's heart. As Alpha of the Silver Creek Pack, his duty to protect the pack compelled him to institute a new law - never bring a human to the den. But after saving Diana, he can't abandon the curvaceous woman alone in the woods, so he violates the law. He'll take her back to the town of Full Moon Bay as soon as night falls. But as the hours dwindle and his desire for her grows, a dark force builds a powerful weapon to use against the wolves.

This is the first book in the paranormal romance series - Wolf Pack Protectors. This is a stand-alone book with no cliffhangers. Love scenes are fully realized and at times include explicit language. Intended for ages 18 and older.

Full moon bay
The worst first online date ever, it started out great but the ending? Poor Diana! She knew she should have just meet him at the bar instead of letting him pick her up. Her sister had even warned her, now she was in trouble, running in the woods from a crazy man!
Ryker alpha of one of the 3 wolf packs had heard the shot and the women yell. He saved her from the human but only after she had been shot or he would have gone after the man. Now he had to break one of his rules and bring her back to be healed or she could die from loss of blood.
And that's the start of it lol but the rest is full of spice, action, drama and great story. There is a killer on the loose, 3 packs of werewolves running in the woods, and that's just for starters wow this is great. I can't wait to read the next book!
Shifter fans be warned, you will be hooked ! I know I am

What a great start to this shifter romance series! The story captured me from the very start… with an online date gone wrong and an alpha wolf shifter to save the day. What intrigued me most about this storyline was the fascinating twist the author created on shifter/pack life and how they were more apt to live by their animal nature versus their human one. There was no shortage of action and suspense, with a crazy psycho villain aimed to threaten Diana and the wolves, causing distress among Ryker’s pack as well as unearthing a past feud between old friends. There definitely was an instant attraction between Diana and Ryker, but the romance wasn’t over the top. For an alpha wolf who is super protective, Ryker was also extremely respectful and caring of Diana. I look forward to learning more about the characters that make up this amazing world and the challenges that continue to face them. A new-to-me narrator, Beth Roeg gave a great performance as she really captured the personalities and emotions of the characters. #AudiobookObsession

Secret Seduction by Liv Brywood is a paranormal romance that I listened to on audio narrated by Beth Roeg. This is the first book in the Wolf Pack Protector series and each book can be read as a standalone. This is the first book of Liv’s that I have read and it definitely won’t be my last. I really enjoyed the insta-romance between Diana and Ryker. I look forward to listening to the next book in the series Feral Seduction so I can get Brandy and Stryde’s story. Beth did a good job on the narration. I look forward to listening to more of her work in the future. I would recommend this book if you like paranormal romance. Audiobook Obsession Reviewer

Love the characters and the story, excited for the other books in this series! Really enjoyed the narration! #audiobookobsessionreviewer

Title: Secret Seduction Author: Liv Brywood Format: Audio Narrator: Beth Roeg Genre: BBW Paranormal Romance, shifter (wolves), mystery Standalone: yes Part of a Series: Book 1 of the Wolf Pack Protectors Series POV: Diana and Ryker and Zane Steam Level: slow burn to toasty 5/5 Secret Seduction is the first book I’ve read by Liv Brywood (I think). I knew it was the first book in the series and what a fun start it was. I was super happy that it was a standalone but I’m also look forward to starting the next book. The teaser and except at the end just whet my appetite for the next book. I liked the mystery and the unique aspects to this paranormal romance. I received this audiobook for free from Audiobook Obsession. This is my honest and voluntary review.

What a great book. I love the MC's and the pack life. This was my first book by this author and I was extremely impressed. The narration was really good. #audiobookobsession

This was my first Liv Brywood's book. Secret Seduction is the first book of the Wolf Pack Protectors Series, a suspenseful wolf shifter romance. Diana and Ryker's story is suspenseful, action packed, fast paced, and captivating. The pack members are interesting, and they have an important part in this story. Beth Roeg did a good job with the narration. She has a great voice, easy to understand. The characters were slightly distinguisable, but enough to follow the story. Looking forward to listen to the next book in the Series, Feral Seduction. #AudiobookFascination

Talk about an ugly cry! This story ended way too quickly! It was intense right from the beginning. I loved Ryker and Diana. Definetly a 5 star listen! Beth Roeg always does such an awesome job narrating both sexes. #AudiobookObsessionReviewer

This is was a fun listen. I enjoyed the characters and story I just wish it was fleshed out a little more. I am heading off to the next set in this series enjoy. #AudiobookObsession

Actual wolves living in packs in the wild not in town in houses. I love it.... It is a great story about 3 packs written well with how an actual pack would live. The narrator does well with reading also. #AudiobookObsession