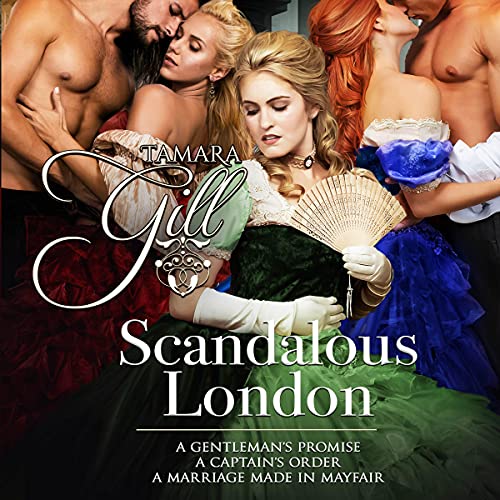 Charlotte King bows to family duty and marries a man who traps her in a bad marriage, her life an endless cycle of pain and fear. That is, until Lord Helsing shows her another way to live.

Lord Mason Helsing upon returning to London, finds his friend Charlotte is in a loveless and cruel marriage. Should he throw away the principles by which he lives and follow a different path in life?

Divorce for Charlotte means ruination. And Mason is relied upon to marry well for his family. Can they overcome the strictures of society and live the life they’ve always wanted? Or will they bow to pressure and do as society deems appropriate?

Lady Eloise Bartholomew's trip abroad with her brother ends in tragedy when he dies. But with the conventions of English society suspended on the high seas, she finds passion in the arms of a rugged ship's captain, only to be dumped back into the ton, still burning from the fire ignited in her and the loss of the only man she ever loved.

Gabriel Lyons, the Duke of Dale, never intended to set foot in London again. But when his brother dies, and the woman who claimed his heart brings him home, he knows he has to face his past. He can only pray their love will survive the scandal that sent him away.

A Marriage Made in Mayfair

Miss Suzanna March dreams of the elusive, rakish charmer, Lord Danning. But after a frightful first season, her dreams are crushed. That is, until she returns to London a new woman, and one who will not let anything stand in her way of gaining what she wants: revenge on the lord who gave her the cut direct.

Lord Danning is in financial strife and desperate to marry an heiress. Miss Suzanna March fits all his credentials. But will Suzanna fall for pretty words from a charmer? Or will Lord Danning prove to Suzanna that she is more than his ticket out of debtor's prison?

These were entertaining short stories. I enjoyed the narration on the third book the best.

Lovely Stories and Very Easy to Listen To

There is a common thread of lies and misunderstandings doing much harm and splitting up each of the couples in the 3 stories (which are totally stand-alones).
Of course, because these are historical romances, each couple manages to reconcile and sort out whatever caused them to break up in the first place. Thank goodness for that because it gives us the happy ever after ending which we all look forward to and long for.
I loved all three stories which were really so easy to listen to and the narrations, the first 2 by Lillian Yves on her own and the 3rd with her together with Vincent Lee Grayson, were superbly done!
Tamara Gill, the author, has written three very entertaining tales which I thoroughly enjoyed. I particularly liked that once a promise was made, it was eventually kept after everything was sorted out.
I listened to the audiobook version which was kindly gifted to me and my voluntary review has been written based on my thoughts about the three books in this boxset.