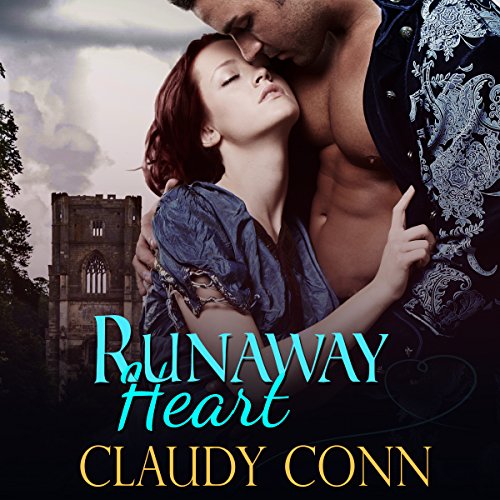 Spirited Chelsea decided she'd sooner run away to London than return to her vain and selfish guardian Aunt Augusta.

But in her wildest dreams, she never imagined her dear godmother would arrange a Season - or convince the town's most eligible bachelor to take her under his wing.

Lord Wainwright was a handsome rogue who was not interested in coy games and missish airs. He expected a country mouse with no polish, but instead he found a thoroughly engaging minx, and was oddly irritated by all the male attention she received.

Chelsea with her unspoiled eye saw beyond Wainwright's pursuit of hedonism to the intriguing man underneath. But to her shock, it appeared his heart belonged to her horrid Aunt Augusta!

This was such a great story. Chelsea was so bright and cheerful and funny all the time, you couldn’t help but adore her (and her best friend Sam.) Wainwright fought his feelings for Chelsea through almost all the book, which was funny to read. I think I liked Aunt Daisy and Lord Lytton as much as Chelsea and Wainwright. This was a sweet story about budding love stories, 3 to be exact, and 2 kidnappings. Yeah, it was a whole lot of fluff but I love fluff once in a while.

I have to tell ya’ I didn’t think Augusta and her brother Patrick got what they deserved. That was a real bummer.

There was 1 explicit sex scene and maybe one or two swearwords.

As to the narrator: This is the only book Mary Sarah Agliatta has under her belt but I thought she was great. The men sounded like men, with different voices, too. And all the women had different voices, from high pitched to silly to wistful to fun and sassy. She did an all-around great job with all the characters in the story. If she narrates more books I would definitely listen to her.

Where does Runaway Heart rank among all the audiobooks you’ve listened to so far?

This audible book was fascinating. I have read the book but truly enjoyed the audible.

Chelsea as she is strong, witty, and comical

Which character – as performed by Mary Sarah Agliatta – was your favorite?

I have to say she did them all so well so its hard to say which was my favorite but I will say for sake of review Lady Daisy.

Yes it was again I truly enjoyed it and the narrator brought it to life so well. She spoke each character so strong and comically in places.

Where does Runaway Heart rank among all the audiobooks you’ve listened to so far?

This is one of favorite audios. It's a very sweet romance.

What does Mary Sarah Agliatta bring to the story that you wouldn’t experience if you just read the book?

I really enjoyed Mary's accent. Sometimes accents bother me while listening to a book, but she was absolutely perfect. She definitely brought life to the characters, something I couldn't imagine reading the book on my own.

Yes, this is one of my favorite print books and hearing the book was an even more enjoyable experience.

What a divine romantic story. This was my first regency romance and the first book I read by Claudy Conn. I loved the characters in this book. Chelsea is a very strong willed young woman. I love this because in this time period women are supposed to meek and let the man lead. I admire Chelsea who dares to be different. She is tenacious, sassy, and always speaks her mind. Her determination to seek what she wants gets her into some pretty uncomfortable predicaments. I also love the hero in the story Lord Brett Wainwright. Strong, rich, handsome, and an ego bigger than life. He is just as tenacious as Chelsea. He vows to never to be serious about one woman or get married. But all this changes after getting to know Chelsea. He finds her personality refreshing and sees it as a challenge he wants to conquer.

Also what fascinated me was the descriptive storyline and that is was not predictable. There was mystery, action, and a beautiful yet funny love story. The details about the characters with what they were wearing and their surroundings made you see and feel like you were there in the book.

Claudy delivers an eloquent and fascinating romance. This books really made me swoon. I will definitely be reading more regency romance and more of Claudy Conn's books.

Certainly not one of my repeatables!

"Chelsea you are a twitterpoop" Was the line uttered to the heroine by the first male voice in the story. That sort of sums things up tight.

I found the narrator rather uncomfortable to listen to. She had a odd way of speaking... the cadence all wrong, inflection wrong and each character was not very distinct. I will pass on her work in the future.

The storyline was ok... the ending too fast! If it hadn't been short I may not have made it to the end. Not bad but kind of Blah...a little Bleck.

There was little heat in the story yet the occasional explicit language was all X rated. But had no real steam to it.

Worth a Credit, definitely not!! Buy it on sale? probably not. But that's just my opinion...of course.

Would you consider the audio edition of Runaway Heart to be better than the print version?

Have you listened to any of Mary Sarah Agliatta’s other performances before? How does this one compare?