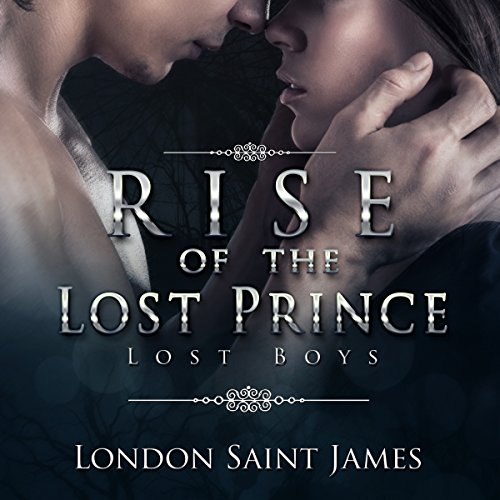 Rise of the Lost Prince

They fight to protect those who would never welcome them into the human world...

Petúr always knew he and his brothers-in-arms were different. Something more. Something not human. Yet, he never expected to find out the truth of their origins, nor fall for a human woman whose father was set to destroy Neverland.

Ever since she was a child, Wyndi dreamed of an angel with eyes of the purest gold, although she never really believed such a man existed until she met the hauntingly beautiful Petúr of the lost boys.

With a prophecy to fulfill, a woman to protect, a portal to find, and evil darklings out for blood, will Petúr be strong enough to rise up and claim what's rightfully his, or lose everything to a long-time nemesis, Grapple the Dark?

Wow! This has the potential of being an awesome movie. Loved the story, the action, adventure, the romance, and the narration was out and out awesome. Can't wait for the next book in the series.

Petur and Wyndi had unique journey. Battling the Grapple the Dark and his evil darklings minions out for blood. petur won't stop at nothing to protect what is his and to save the humans. I think this will be awesome movie i can really picture it and its amazing! Mind Blowing :)

a miss for me

Rise of the Lost Prince has potential to be a great story. I have two major issues with this novel. One is that it is written so simplistic that I had a hard time staying interested in the story. I also struggled with connecting to the characters as a result. The second issue I had was that I am just not crazy about this narrator. His slight lisp is distracting, his tones are not that varied from character to character with the exception of his growls. I am sad to only give this three fangs.