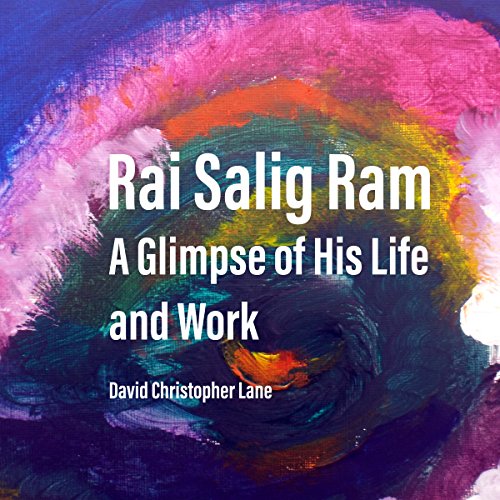 Rai Salig Ram: A Glimpse of His Life and Work

This book provides an introduction into the fascinating life and work of one of the great Indian mystics of the 19th century, who was a contemporary of Sri Ramakrishna.

It is surprising that Rai Salig Ram, who is such a pivotal figure in the history of Radhasoami, is not better known among satsangis in the Beas related branches of the movement. In contrast, in the Agra connected satsangs - Soami Bagh, Dayal Bagh, and Peepal Mandi - Huzur Maharaj (as Salig Ram is honorifically called) is deeply revered since he is regarded as the chief successor and Gurumukh of Shiv Dayal Singh, the esteemed founder of Radhasoami.

Most of the earliest literature on Radhasoami comes from Salig Ram, who penned a number of books in Hindi on the practice of surat shabd yoga meditation. Salig Ram, who was highly respected by the British authorities, eventually got promoted to be the Postmaster General of the North-Western Provinces, the first Indian to hold such a position. But despite this remarkable achievement, Salig Ram was more interested in spirituality and his guru to whom he was steadfast in his devotion, serving him day and night.

Having visited Dayalbagh, Soami Bagh, and other Radhasoami centers in Agra that owe their existence to Huzur Maharaj, I felt that it was important to make his work better known in the West.

This small volume is designed as an introductory glimpse into the remarkable life and teachings of Rai Salig Ram. To accomplish this aim, I decided it would be best to include excerpts from the earliest known biographies of Huzur Maharaj. These include, Shiv Brat Lal Varman's A Truly Holy Life, Max Müller's brief chapter on Salig Ram in his small book, Ramakrishna: His Life and Sayings, and Partap Singh's biography of Soamiji Maharaj, which presents a highly effusive account of Huzur Maharaj and his one-pointed adoration of his spiritual guru.