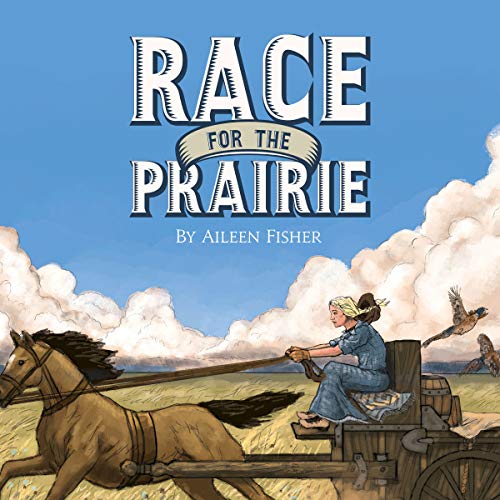 Race for the Prairie

That's what everyone said it would be - the greatest race in history!

"Come September 16, 1893, we'll see the biggest hoss race in the world," folks said. "Nearly six-and-a-half million acres of land for settlement. Why, that's as big as the whole state of Vermont. Far and away bigger than the state of Massachusetts. It's even bigger than Connecticut, Delaware, and Rhode Island put together! Come September 16, we'll see the last great run for cheap land. The last frontier!"

Becky and her family leave their farmland in the Ozarks to join nearly 100,000 people in a race for homesteads during the Cherokee Strip Land Run of 1893. With a fast horse named Sprinter, Becky's family hopes to get some of the best land, but unexpected events threaten their dreams.

Interesting characters, an exciting plot, and feel-good messages all come together in this wonderful historical-fiction audiobook.