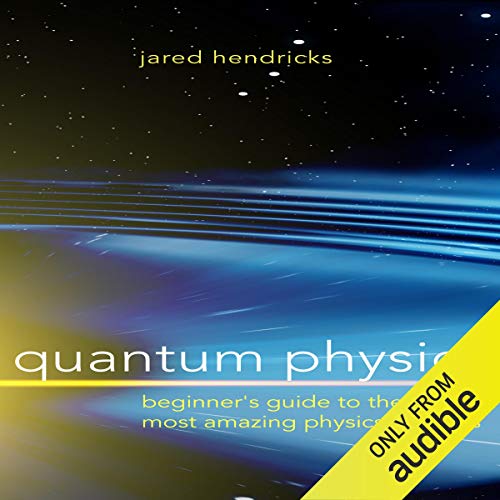 Ever wonder about how light moves? What does it mean to study the smallest particles known to man? How does science measure the smallest particles in the world, such as atoms, protons, neutrons and electrons? What is ether and how did it become a source of debate in the scientific community? Studying the smallest particles known to man can be exciting work. This study of the world on the molecular level, particularly matter and energy, is the realm of Quantum Physics. Scientists use mathematical equations to help them explain the behavior of matter and energy within the Universe. If you have a curiosity about the world of Quantum Physics, but thought the science textbooks would be too much to absorb, this book is for you. With an overview of what Quantum Physics is, historical background into the scientists who created many of the theories that make up Quantum Physics, and a look at a few of those theories. Quantum Physics is more than the study of matter and energy, but dives into the behavior of matter and energy on a molecular level. Scientists use the information they gather through experiments, observation and continually more precise measuring tools to explain how the building blocks of our world work together. This book dives into a discussion of wave particle duality and how this theory has continued to mystify scientists even today. Or learn how a particle can appear to go through the wall, versus around it. Using light as an example, this book explains how wave particle duality was discovered, who was able to explain the multiple conflicting observations and finally, what scientists have used this information to create. Learn about Einstein and his disagreements with the scientists of his time over various theories in Quantum Physics. Get a better understanding of how theories within Quantum Physics relate to one another. Receive a basic understanding of the Unified Force Theory and how science is still working to prove this unique all-encompassing theory.

Not of any use.

A very superficial explanation of and very technical subject with not explanations mean that it is of no use to the novice or those with some experience.

complicated topic yet the reader speaks WAY to fast to digest the content.
read the book.