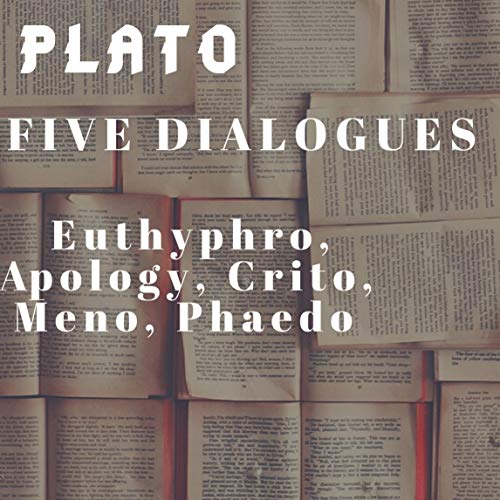 Euthyphro is a Socratic dialogue whose events occur in the weeks before the trial of Socrates, between Socrates and Euthyphro. The dialogue covers subjects such as the meaning of piety and justice.

Apology is the Socratic dialogue that presents the speech of legal self-defense, which Socrates presented at his trial for impiety and corruption in 399 BC. The dialogue is a defense against the charges of “corrupting the youth” and not believing in the gods in whom the city believes.

Crito depicts a conversation between Socrates and his wealthy friend Crito regarding justice, injustice, and the appropriate response to injustice. Socrates thinks that injustice may not be answered with injustice and refuses Crito’s offer to finance his escape from prison.

Meno introduces Socrates’ positive ideas: the immortality of the soul, the theory of knowledge as recollection, the method of hypothesis, and, in the final lines, the distinction between knowledge and true belief.

Phaedo is one of Plato’s best-known dialogues. The philosophical subject of the dialogue is the immortality of the soul. It is set in the last hours prior to the death of Socrates.