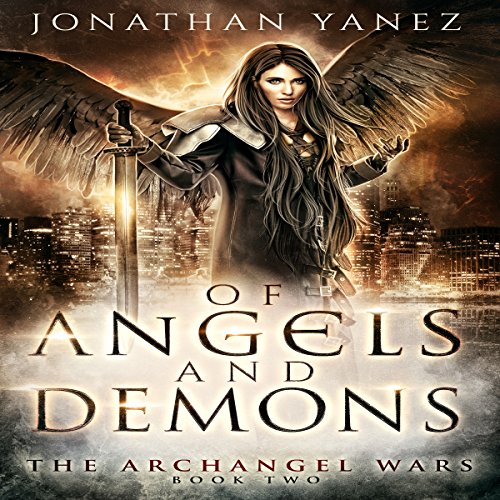 Of Angels and Demons

Alan Price thought all his questions were answered. He was told he was a Nephilim, a human chosen by the forces of light to wage a war against the darkness. He was wrong. Alan's fate goes far deeper than anyone could have ever imagined.

Michael's worst fears have become his reality. The woman he loves is standing trial for her crimes against Heaven. He will not, he cannot, sentence her to death, but is she capable of change? Is the same woman who stole his heart still alive inside the shadow she has become? As if this wasn't enough, she has information regarding one of Heaven's deadliest foes. The once revered Archangel Gabriel, thought to be long dead, may only be in hiding.

Leader of the Usurper's campaign against heaven, general of the Fallen race, the Archangel Gabriel is very much alive. After falsifying his death during the war in Heaven, he has spent his time secluded on Earth, growing in power and recovering from his wounds. Now a new opportunity has presented itself. The Fallen Archangel is ready to make his move.

The people he has chosen to trust are still holding something from him. With a burning desire to uncover the truth, Alan searches for answers on his own. His journey will take him in search of another Wonder of the Ancient World, the Temple of Artemis. A voice is calling to him, a voice promising answers. He soon finds that history is doomed to repeat itself, and he is given a burden that he may not be able to bear.

Hoping I never have to hear this narrator AGAIN. He raced through books 1 and 2, sometimes not even saying words fully. I only continued to listen because I love the story. Had to take breaks due to this rendition giving me headaches.