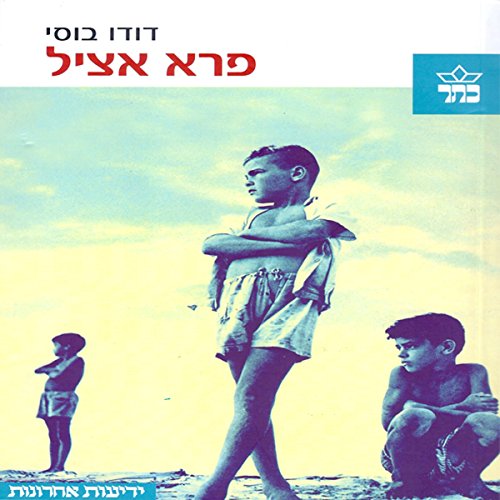 Eli is an opinionated teenager suffering from eating disorders. Almost everything in his life is trouble. In the Haargazim neighborhood where he lives with Sima, his biological mother, and Japheth, her husband, a pair of recovering drug addicts, they call him a "Shmaniak", and at school the literature teacher gives him the derogatory title of "noble savage". Eli reads books obsessively and is in love with Anna Bovkin, the beautiful girl he is trying to protect. He is torn between concern for his mother and his desire to live with his father, Yom-Tov, an artist holding unconventional views, a resident of the Haargazim neighborhood, too.

In the bursting and violent atmosphere of South Tel Aviv, nothing is left in natural dimensions. Love and tears force Eli to take a stand and act, but control slips from his hands. Small events, family conflict, and tragedy force him to develop voluntary blindness, and revenge plays a major role. Eli tells the sequence of events when the storm subsided, after the air cleared and the price was paid in full, with smart, concrete, sensuous language, drawing sometimes on black humor, making the story a breathless novel.

Noble Savage quickly became a best seller and won many acclaims. The book was also the last of the five candidates for the Sapir Prize. Noble Savage was published by Keter. The audiobook was produced and published by SonicBooks. Music: Gal and Sivan.

Please note: This audiobook is in Hebrew.

...and a great recording, too. I wish there were more. Good job, Sonicbooks, and thank you for making this happen. This story wasn't easy to enjoy , but you made it feel real , true and touching.

This book is a rich psychological study of a brilliant adolescent who’s psyche is assaulted repeatedly by his family—particularly his mother. Sex, aggression, tenderness and intimacy are interwoven throughout. Not an easy listen, but gripping and deeply thought-provoking. Thanks for this gorgeous novel.