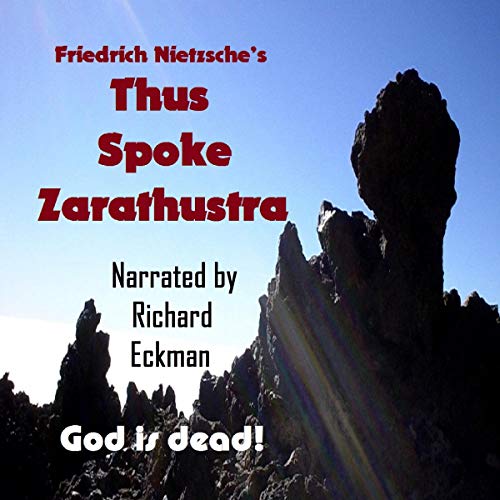 ABSURD - a film and literary production house that is passionately committed to creating and appreciating the finest works of art and literature - has now introduced the Pure Wisdom Series that intends to be a collection of the greatest literature - fiction and nonfiction - that awakened and have still been awakening mankind. Wisdom is always pure; was it then really necessary to add and extra word "pure" before the word "wisdom"? The answer is, "yes, it was". By adding "pure" before "wisdom", ABSURD simply wants to put enough emphasis to confirm that it is stating about the literary works that are purified by the purest timeless wisdom.

This is the second book of the Pure Wisdom Series which collects one of the most important books for mankind ever written. The first book of this series contained two other finest literary works of all time - Franz Kafka’s novella, The Metamorphosis, and Hermann Hesse’s novel, Siddhartha. Friedrich Nietzsche was one of the greatest philosophers of all time. He was a rare breed: unlike many other philosophers whose philosophy was only of the mind, he was rooted deep in the heart - he was not only a philosopher but also a mystic - a born mystic. Hence, he was able to write a book like Thus Spoke Zarathustra - it was undoubtedly his best of the best philosophical and literary works.

Nietzsche himself highly appreciated it in his preface to Ecce Homo, How One Becomes What One Is, “In my lifework, my Zarathustra holds a place apart. With it, I gave my mankind the greatest gift it has yet been given. This book, the voice of which speaks out across the ages is not only the most exalted book on earth - literally the book of mountain air - the whole phenomenon mankind lies at an incalculable distance beneath it - but it is also the most profound book born of the inmost abundance of truth; an inexhaustible well into which no vessel can be lowered without coming up again laden with gold and with goodness. It is not a 'prophet' who speaks here, one of those gruesome hybrids of sickness and will to power whom men call the founders of religions. One must pay attention to the tone - the halcyon tones - that fall from the lips of Zarathustra if one is not to do a great injustice to the meaning of the work...."

I was given this free review copy audiobook at my request and have voluntarily left this review.
There is not much that can be said, the work was that of a man looking into himself while attempting to explain his thoughts and beliefs. The original would have been in German, but it was translated to English, while some of the language used is dated it is still relevant and easy to understand. This book contains all four parts of the original work. I found the use of the Übermensch as Superman a good choice as it described the impossibleness of our attaining it.

The narrator did an excellent job of clearly speaking what was written, using a different tone/voice for the various characters, and a melodic voice when reading the text. The recording studio was quiet, and I could not hear any movement, heavy breathing, or the sound of drinking in the audiobook. His tone was varying as he lent each character their own personality, I found it was easy to following along. As Zarathursatra comes to realize his ephinys, the narrator has excitement in his tone.

I highly recommend this work to all who have an interest in Nietzsche, philosophy or are required to read/listen to it for a class. I will be relistening to it soon, and purchased ABSURDS other Pure Wisdom Series, knowing it is certainly worth my time. You won't regret listening to this Audiobook,

This book is not an easy listen but if you can understand the philosophy of Nietzsche or at least partially it is a intriguing listen. This version is compelling and easier to comprehend in my opinion. I received this book at my request for free and I am voluntarily leaving my honest review here of my own volition.