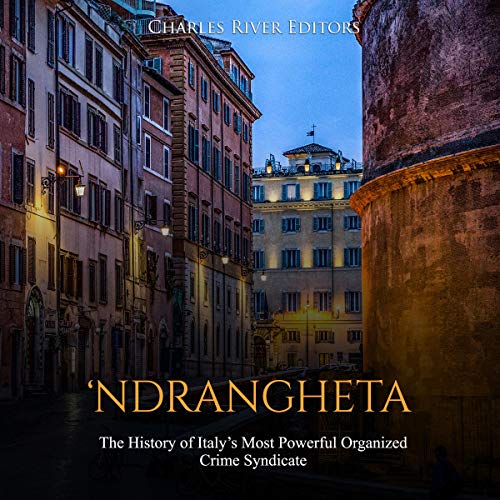 'Ndrangheta: The History of Italy’s Most Powerful Organized Crime Syndicate

The word “mafia,” Sicilian in origin, is synonymous with Italy, but Italy is home to several different mafias, with three being particularly notorious. While the Cosa Nostra of western Sicily is the most infamous, other powerful groups include the ferocious ‘Ndrangheta of Calabria and the Camorra, the third-largest mafia, which is active in Naples and the Campania region.

A “mafia” is loosely defined as a criminal organization that is interested in social, economic, and political power, combining elements of a traditional secret society with those of a business; but further levels of nuance are necessary in order to understand these groups. In a general sense, this is because each mafia creates a myth about the development of the organization, which becomes like an unquestionable truth. In essence, part of what makes its members so completely loyal to it is also what makes outsiders so utterly afraid of it.

The ‘Ndrangheta (pronounced an-drang-et-ah) is a close neighbor of the Cosa Nostra and currently considered the most powerful (and difficult to spell) criminal organization in Italy. The ‘Ndrangheta is centered around Calabria, the most southwestern region of Italy, almost touching the Sicilian city of Messina. Though it began as far back as the late 19th century, it was not until the 1950s that the ‘Ndrangheta started to spread its tentacles throughout Italy and then across the entire globe, forming an empire that now ranges from Australia and Turkey, to Chile to Canada.

The fact that the ‘Ndrangheta is overshadowed by the Sicilian Cosa Nostra, as well as by the Neapolitan mafia, the Camorra, allowed it to grow and develop outside of the public eye. For years, people actually considered the Calabrian mafia to be part of the Cosa Nostra as a mere appendage, rather than its own entity. This false belief was perpetuated by the high-profile Sicilian pentito, Tommaso Buscetta, and it was not until the beginning of the 21st century that the ‘Ndrangheta came into the public eye due to two dramatic killings, the assassination of a politician and the “Duisburg massacre” in a small German village. Nonetheless, the ‘Ndrangheta is actually the second oldest mafia in Italy, and, despite its origins in Calabria, the poorest region of Italy, it is the wealthiest of Italy’s illegal criminal organizations.

Given that people have always been less familiar with this organization, studies on the ‘Ndrangheta have also lagged behind work done on the Camorra and the Cosa Nostra. The government took an early interest in the Camorra and Cosa Nostra, creating a paper trail that does not exist for the ‘Ndrangheta, and the region of Calabria suffered numerous earthquakes that destroyed what little archival evidence there was available. Of course, the ‘Ndrangheta places a premium on secrecy, and thus far it has only had an extremely low number of traitors who were able to testify to the organization’s inner workings. Finally, the fact that the ‘Ndrangheta is essentially a plural organization makes it very hard to delineate the parameters of what constitutes an ‘Ndrangheta cell and what is simply gang activity.

‘Ndrangheta: The History of Italy’s Most Powerful Organized Crime Syndicate examines how one of the world’s strongest mobs formed, its inner workings, and the events that made it feared around the globe. You will learn about the ‘Ndrangheta like never before.