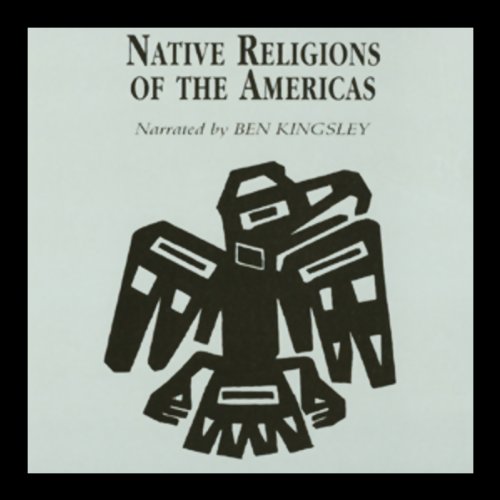 Native Religions of the Americas

North, Central, and South American Indians have a rich religious heritage, though much has been lost since these peoples were conquered by Europeans. Characteristic features of Native American religion included the master of the animals, a protective spirit of a species or of all animals. Shamans, ecstatic medicine men, used supernatural powers to cure the ill. Totemism was a mysterious religious bond between the human clan and their animal guardians. There was a high god as well as many atmospheric gods, such as gods of thunder and wind. The Earth Mother was understood to work silently, influencing all.

The Religion, Scriptures, and Spirituality series describes the beliefs, religious practices, and the spiritual and moral commitments of the world's great religious traditions. It describes a religion's way of understanding life, and its attitude and relationship to society.

I was looking for a book on Native American religions and unfortunately due to the dirth of material available on audible on this subject the choices are limited. The good aspect of this is that this book covers a huge amount of information over a vast amount of time and area. This means that you dont get to learn alot of details about any specific tribe or regions but get a quick run down on the main points and differences of each region. The material presented is very interesting and done very well. Overall this book is great if you want to learn about a large amount of tribes and how they came to be in the Americas. This is a greater starter book for background information.

This is too broad a topic to be put into such a small time frame.

Consequently, it ends up being a string of loosely connected factoids, some of which are presented in a rather paternalistic light. These are people with beliefs that should be respected and not viewed as museum pieces. My opinion.

A really great intro to the rich history of the natives of the Americas. The narration is of course wonderful, and the length is just right to keep me interested the whole time.

I would love to have heard more of the folklore/mythology tales told with the openers more succinctly delivered.

Very interesting and was nice to learn about, difficult to retain and follow along completely though do to all the different tribes and names mentioned

A very interesting collection full of the myths and religious practices of many native American cultures. Great narration!!!

This is an excellent overview of First Nation religions and the inter-relationships, influences of each religion upon the others. The book addresses religions based upon both sequence and influences across all of the Americas, across time. Listener must pay attention because you can get lost in just a few minutes of in attention. Listening twice helps.