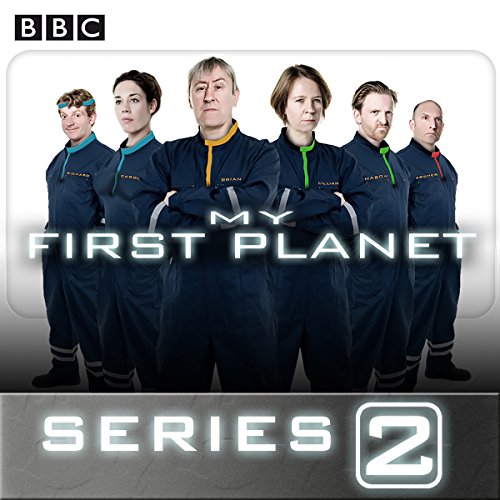 Nicholas Lyndhurst and Vicki Pepperdine lead the cast of the BBC Radio 4 sci-fi sitcom set on a shiny new planet, as it returns for a second series.

With the leader of the interplanetary colony expedition dead, his Number 2 - Brian - is now in charge. He's a nice enough chap, but his desire to sort things out with a nice friendly meeting infuriates the colony's Chief Physician Lillian, who'd rather everyone was walking round in tight colour-coded tunics saluting each other. She's also in charge of Project Adam, the plan to conceive and give birth to the first colony-born baby.

Adding to the joie de vivre are an entirely unscrupulous Chief Scientist and an idiot maintenance man, who believes he's an "empath" rather than a plumber.

In these six new episodes the contents of Lillian’s freezer threatens to make the colony's men unnecessary for ever more; a dangerous snuffly cold is let loose; a pub quiz and a talking yam spell disaster; election time arrives; the discovery of a poet amongst the colonists sets off trouble; and a dangerous search-and-rescue mission is launched on the planet’s surface. Also featuring Tom Goodman-Hill, Phil Whelans, John Dorney and full cast.

Can not wait for the next one.

An exellent scifi story from BBC. Very good actors and a nice story. This is how it would be to start over on a new planet.:-)

This series hits its stride in Season 2!

Would you listen to My First Planet again? Why?

Yes. It's a funny premise and the characters are really getting into their personalities.

What was one of the most memorable moments of My First Planet?

The talking yams episode is one of the funniest episodes I've ever heard.