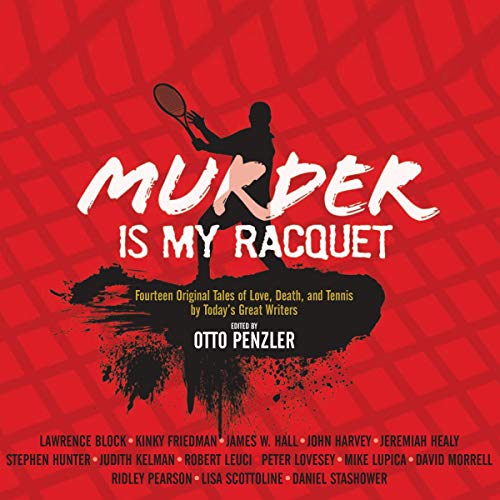 Murder Is My Racquet

Murder Is My Racquet is the most thrilling way to read about murder, intrigue...and tennis. This collection of stories by famous mystery writers, including Ridley Pearson and Lawrence Block, deals with the prestige of the high-stakes race to become one of the few international tennis stars, the promotional opportunities involved, the elimination of tournament competition, and the strategy of tennis in general. Viewed as an elite game since its beginnings, tennis is the perfect sport for one-on-one play and murder! Authors also include Kinky Friedman, James W. Hall, John Harvey, Jeremiah Healy, Stephen Hunter, Judith Kelman, Robert Leuci, Peter Lovesey, Mike Lupica, David Morrell, Ridley Pearson, Lisa Scottoline, and Daniel Stashower.

"This tome is the perfect companion to have in the bag for those rain delays at Wimbledon." ( Publishers Weekly)