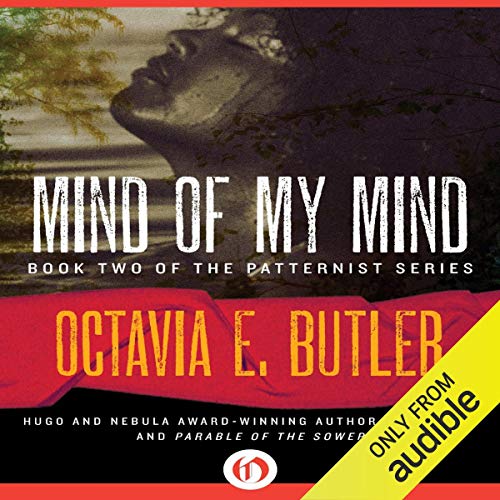 Mind of My Mind

For 4,000 years, an immortal has spread the seeds of a master race, using the downtrodden as his private breeding stock. But now a young ghetto telepath has found a way to awaken - and rule - her superhuman kind, igniting a psychic battle as she challenges her creator for her right to free her people.

This is my first review ever. I was wonderfully surprised. This book had the kind of sophisticated layers that spoke to my soul. Octavia's character developments were very well done. I loved the intricate nature of growth and maturity of the various characters. I loved the uncharacteristic way she laid out and wheeled the relationships. I saw such skill and care in the story line that showed how talented and unique a writer she is. This was no cookie cutter formula story. It did not take a conventional route to entertain. This story had you thinking and experiencing the pleasure and pain of the human condition in a very amazing way. At times uncomfortable but amazing.

where the movie at, though?

This book is pure fire!!! I can't believe it...I just listened to it back to back just because I was sure I missed something....yooo...I'm buying the next book NOW!

The value of diversity in fiction authors.

TECHNICAL: My highest praise in this area is that I didn’t notice. When technical issues show up it’s because they detract from the listening experience. With this book, I didn’t notice.
PERFORMANCE: I imagine that it must be daunting for an author to hear a performance that is flat or worse that misses the ‘voice’ of her work with odd or awkward presentation of the characters or the story. Christie Clarke’s reading was a pleasant and enriching experience. I think Ms. Butler if she were still alive would be excited for us to hear this performance of her work.
STORY: Ms. Butler’s writing is unique. I read her ink and paper works before my discovery of audiobooks. And she became one of the authors whose work I started to hunt, wishing to read every opus she made. I’m not the only one to note her exceptional ability. She was the first science fiction writer to receive the MacArthur Foundation Genius Grant. Back to this specific review: This work as with her others doesn’t just inform, but it transports you to a different perspective, a different world view, a different world. Characters are rich, well developed, consistent and engaging. The plot was a ‘page turner’ and I wished it was longer when I finished.

A black female syfy A boss!!!

the book is excellent engaging and hard to turn off. tThe narrator delivered it with
perfection.

I found this book a little difficult to get through because I didn't really like or dislike any of the characters. Mary is the protagonist, and while it's interesting to see her develop power and compassion, she's a little cold and selfish, and we never get more than a superficial look into her motivations. Wild Seed (book 1 of the series, but book 4 in order of publication) is much better written and lets the reader develop sympathy and emotional investment in the story of Anyanwu.

This book is well narrated, on the plus side.

Enraptured from the beginning to a heroic ending. The idea of the powerful cosmic unity of the unfolding enlightenment of the intelligence of society's so-called miscreant as they, collectively, take down a murderous leader is truly "mind food".

Something new about something old. The telepath.

What made the experience of listening to Mind of My Mind the most enjoyable?

I liked that the principal character was a strong African-American woman and with superpowers. I like that none of these characters are really "good guys." Some can be called the "bad guy" but everyone has flaws and thus they are very human.

The best thing is that it is a creative work of fiction unlike any that I ever read before. Finding something new is a gift in itself.

What does Christie Clarke bring to the story that you wouldn’t experience if you just read the book?

A good narrator enhances the story because it gives the characters a kind of life that the reader did not give them. And that makes it something different and new.

The death of a particular character moved me because I did not expect it and I expected her to be in the next took. Part of me wants to complain to Octavia Butler for it but I can see the reasons behind it.

I did not know how this was going to end and I think that was mostly because I read Wild Seed first. That is a great thing in a story. FYI: These books were not publisehd in chronological order in regards to the story. It's good to be able to read them as a series.

I liked the first book in this series a lot. Enough that I purchased the second. I could not, however, get through this second installment. The narrator's style was just... odd. I tried, I really tried. Her voice is not unpleasant, but conversations are difficult to understand when the two conversing characters sound exactly the same. There often was no pause between one character speaking and the next. Very confusing. I got lost enough times that I gave up and returned the book.

The sequel to Wildseed does not disappoint!

This book brings the story of Doro full circle and was such a great listen. I finished it in one sitting

Narration was on and off good, sometimes I wasn't able to tell who was talking in the story but not all together bad. Definitely felt like that should be Mary's voice. Ending was good also a mixed bag, I liked Wild Seed more but I wouldn't take back reading this one.