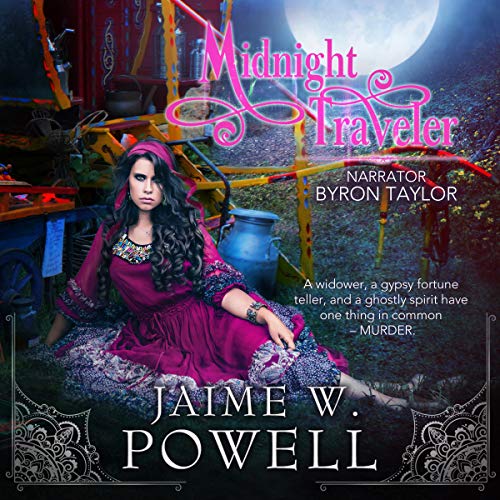 It’s not every widower that would defend the honor of his wife’s killer, but after his deceased wife sends him a cryptic message from the beyond, that is exactly what happens.

When Heath’s wife was killed, he never imagined he would begin an antibullying campaign in honor of his wife’s killer - a school shooter - much less find love again, until he has a chance encounter with a Romani fortune-teller.

Soon after, just as Bianca predicted, Heath’s pasture is taken over by ghostly figures: a Romani Traveler named Jenica, her mystical friends, and their magical caravans. These trapped souls are an unwelcome distraction from Heath’s determination to free his wife’s 13-year-old killer - whom he believes shot his wife accidentally. But with Bianca’s ability to see into the future, it becomes clear that they’re all connected - and Heath and Bianca are the keys to freeing everyone involved.

Unfortunately, Bianca and Heath’s blossoming romance turns sour upon learning that they’re connected in a much different way - through murder. If Heath is unable to right the wrong of his ancestors and free the Traveling spirits, an innocent life will be condemned to prison, and he will lose another woman he loves forever.