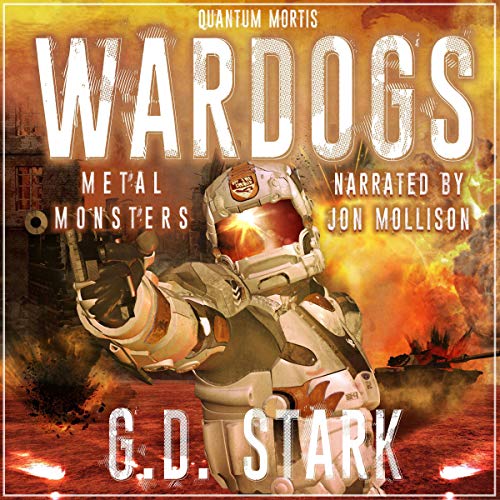 All war is murder for profit. Some people are just more open about it.

Wardogs Incorporated is one of the largest and most professional mercenary corporations operating in the Kantillon subsector. If you need a bodyguard, an assassination team, or an armored cavalry regiment complete with air support, Wardogs Inc. can provide it for you...for a very steep price.

The Stratocracy of Sfodria has ruled over its people with a very large steel fist for centuries. The giant mechs piloted by their nobles are all but invulnerable and have long served as the aristocratic shield against Sfodria's enemies. But recently, their indestructible knights have been falling in battle at an unprecedented rate, and no one knows why. Desperate to reverse the fortunes of war before their nation falls to their hereditary enemy, the Stratocracy turns to Wardogs Inc. to train their ineffective and long-ignored militia.

Tommy Falkland and his fellow Wardogs aren't on the job long before they begin to realize that they may be in well over their pay grade, as they are not dealing with a conventional human threat.

Metal Monsters is the third in the Wardogs Inc. series of military science-fiction novels set in the Quantum Mortis universe.