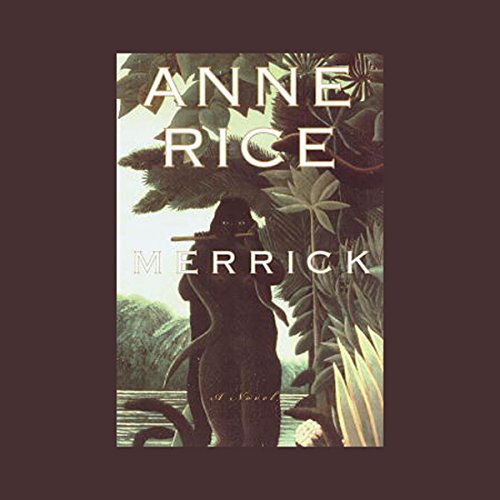 At the center is the beautiful, unconquerable witch, Merrick. She is a descendant of the gens de colors libres, a cast derived from the black mistresses of white men, a society of New Orleans octoroons and quadroons, steeped in the lore and ceremony of voodoo, who reign in the shadowy world where the African and the French - the white and the dark - intermingle. Her ancestors are the Great Mayfair Witches, of whom she knows nothing - and from whom she inherits the power and magical knowledge of a Circe.

Into this exotic New Orleans realm comes David Talbot, hero, storyteller, adventurer, almost mortal vampire, visitor from another dark realm. It is he who recounts Merrick's haunting tale - a tale that takes us from the New Orleans of the past and present to the jungles of Guatemala, from the Mayan ruins of a century ago to ancient civilizations not yet explored.

Anne Rice's richly told novel weaves an irresistible story of two worlds: the witches' world and the vampires' world, where magical powers and otherworldly fascinations are locked together in a dance of seduction, death, and rebirth.

For a full selection of Anne Rice programs available at audible.com and to hear the author answering fan mail, visit the Anne Rice store.

"Jacobi's reading of the tale is spellbinding. His refined British tone - with the slightest trace of a classic Transylvanian accent - fits Talbot's character perfectly, and he flavors the narrative with verve and mystery accordingly." (Publishers Weekly)

Read and listenes to this book 100 times over. Intrigue, seduction, love and drama. What more could you want?

My all-time favorite audiobook. I've been listening to this for years. I have re-bought this one several times due to moves, etc.

the ending made the story. I did love it. I look forward to read the next in the series.