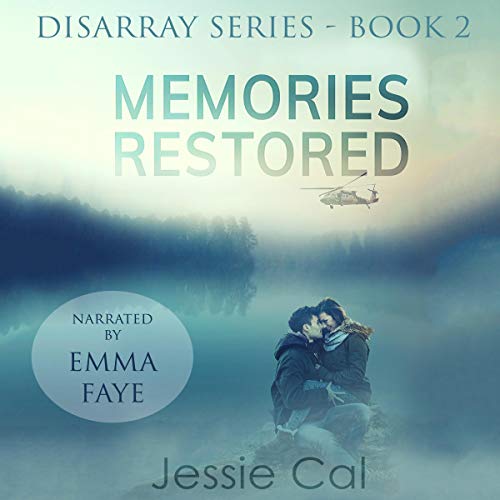 In order to defeat her enemies, she will have to fight against the one person she loves most.

Mia thought that finding the truth about her memories was going to give her peace of mind, but it did just the opposite. Now, she's in even more danger - for the things she remembers.

Now, she finds herself hiding on a deserted island with a rebel group of outcasts. Her ultimate goal is to shut down the Catalyst Trial, but to bring down her enemies, she will have to fight against the person she loves the most.

Who can you trust?

As a continuation of Memories Lost, Mia begins to figure things out. Can they trust the government? Can they trust their own memories? Who is on which side? You definitely have to pay attention, otherwise you might miss a key piece of information. Love how it ended and the plot twists.

Ms. Cal is a talented author and I really enjoyed this compelling romantic suspense. I enjoyed listening to the story as it was very well narrated. This is a fast-paced thriller and the storytelling was done just right and kept me on the edge of my seat. The. characters are well-developed and have depth and great personalities.  The storyline is interesting and intriguing. You do need to read the first one to understand this one, so I recommend you read that first.


I received a complimentary copy from StoryOrigin and am voluntarily leaving my review.

Memories Restored is a fast paced suspenseful romance. I haven’t read the first book and feel like I missed a few references, but I was so caught up in this book, I didn’t mind. I didn’t want to turn it off and reorganized my son’s closet as an excuse to keep listening. The characters have depth and the storyline is intriguing. The narrator did a great job.

A gripping and emotional story.

Some times ago, I read the book of Memory Restored. Today, I was pleasantly surprised by the audiobook. The story has a vibrant plot, plenty of twists, and a lovely cast of characters. The audiobook gives rhythm and depth to the narration; from the very beginning, the listener feels, suffers, and fights with the characters. The protagonists’ personas are captivating. Mia and her friends are generous, smart, inventive individuals, while the “bad guys” are scaringly cruel. With so many parts and personalities, Memory Restored is not a straightforward interpretation. The narrator succeeded in rendering all the nuances, making this audiobook one delightful listening experience.