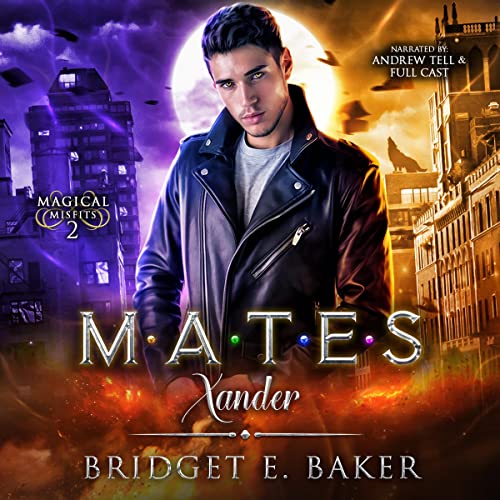 He wished on a star. He clicked his heels together. But poor Xander still hasn't found a home—sweet or otherwise.

With a human mother and a werewolf father, Xander Binnigas has never fit anywhere. His father wasn't keen on being saddled with a clueless cub. His mother hated when he drank out of the toilet bowl and marked mailboxes on their Sunday strolls.

Even so, he survived to adulthood, his one desire never wavering. And like a wolf with a bone, Xander still longs to find a place to belong.

But after years of working like a dog in hopes of officially joining the Manhattan pack, he realizes that he’s been barking up the wrong skyscraper. He’s no closer to his dream than he was his first day on the job. To make matters worse, he’s showing signs of fray—the mental decline to which all lone wolves eventually succumb. When the telltale tics become too prominent to hide, the Manhattan alpha discovers Xander's problem and forces his paw.

But the solution the alpha suggests forces Xander to choose between his sanity and his friends. And how sweet can a home really be if you’ve sacrificed everything you love to find it?

This is the second book in the series. Things are getting more and more interesting. This author likes to liven things up with revelations here and there. Love all the characters.