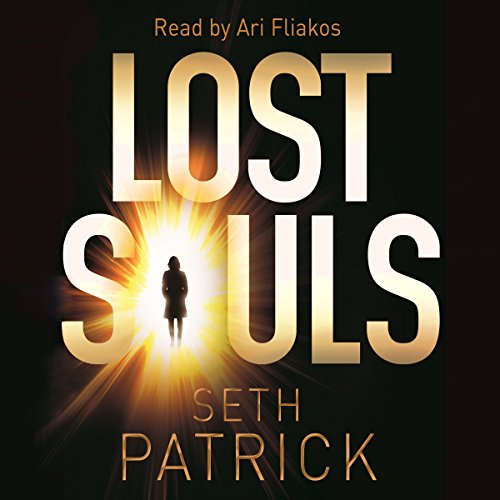 The exciting second novel by Seth Patrick, author of The Reviver.

Jonah Miller, reviver. Able to wake the recently dead for testimony that is accepted in courts worldwide. The use of revivers has long been a routine part of police investigation.

But now those who consider it blasphemy are in resurgence. Well funded and gaining ground, they threaten the work of Jonah and his colleagues in the Forensic Revival Service.

Jonah is still recovering from the injuries received after unearthing the existence of a creature bent on terrible destruction, a creature defeated at the cost of many lives. Then the discovery of a bizarrely mutilated corpse makes Jonah suspect that the victory was not as complete as it seemed and that not all the evil was destroyed. For in the darkness, shadows are waiting. And they are hungry....

They are coming back!!!

If you could sum up Lost Souls in three words, what would they be?

The resolution of the concepts and issues introduced in the first novel are wrapped up with clarity, as is the ends ( such as they are ) of the characters. All this was done very skillfully and suspensefully.

Have you listened to any of Ari Fliakos’s other performances before? How does this one compare?

I believe this was the first of his performances I have listened to, but it was exquisite. I am very impressed by his tone, pacing and eloquence, and scored this to reflect that.

The Rise scenes are impressive.

Get the series, and listen to them in ORDER and ENJOY!