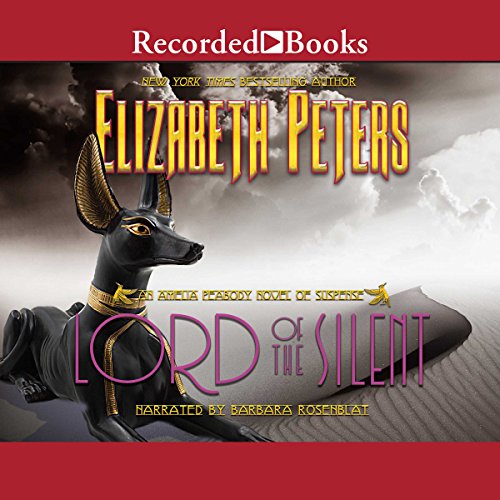 Lord of the Silent

Lord of the Silent

Each book in this best-selling series is greeted with cheers by the ever-growing number of fans who relish the adventures of the Emersons, a family of Victorian archeologists. The shifting sands of intrigue and wry humor that fill these mysteries are always a delight. It is the autumn of 1916, and war has cast its long shadow across Egypt. Cairo is filled with soldiers, and the ancient tombs are filled with treasure hunters. Amidst this chaos, the Emersons have come for their yearly dig. When Amelia Peabody Emerson discovers a fresh corpse in an antique tomb, she knows this season will be a most intriguing one.

Elizabeth Peter’s doctoral degree in Egyptology and her award-winning literary talent are an unbeatable combination. The Amelia Peabody Emerson books have twice earned their author Grandmaster status among mystery writers. Peters says Audie Award-winning narrator Barbara Rosenblat is the best actor to perform her books. Listeners agree, naming this series as their favorite one year after year.