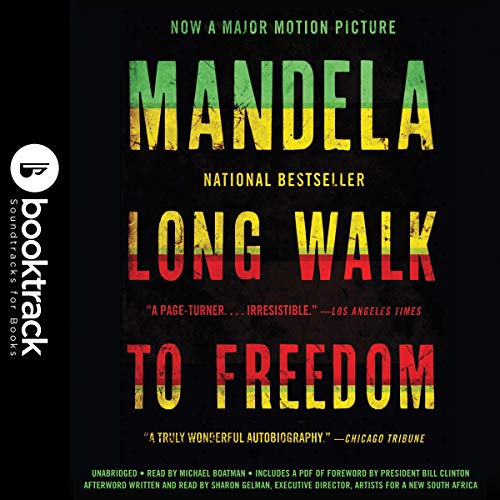 The autobiography of global human rights icon Nelson Mandela is "riveting...both a brilliant description of a diabolical system and a testament to the power of the spirit to transcend it" (Washington Post).

Nelson Mandela was one of the great moral and political leaders of his time: An international hero whose lifelong dedication to the fight against racial oppression in South Africa won him the Nobel Peace Prize and the presidency of his country. After his triumphant release in 1990 from more than a quarter-century of imprisonment, Mandela was at the center of the most compelling and inspiring political drama in the world. As president of the African National Congress and head of South Africa's anti-apartheid movement, he was instrumental in moving the nation toward multiracial government and majority rule. He is still revered everywhere as a vital force in the fight for human rights and racial equality.

Long Walk to Freedom is his moving and exhilarating autobiography, destined to take its place among the finest memoirs of history's greatest figures. Here for the first time, Nelson Rolihlahla Mandela told the extraordinary story of his life - an epic of struggle, setback, renewed hope, and ultimate triumph.

The book that inspired the major motion picture Mandela: Long Walk to Freedom.

at first I thought it was gonna be too long but not at all, this book is amazing and captivating, Nelson Mandela is such an inspiring leader, this is definitely one of the best books I ever read, I highly recommend it!

what an inspirational character

I loved every minute of this formidable autobiography. not only as it tells the story of South Africa to overthrow the apartheid but mostly by the exceptional character of Madiba. ordinary man becomes extraordinary by serving a good cause.

This autobiography narrates the life of Nelson Mandela well. Details are complete, allowing us to understand everything that's necessary to know. With such details, we get to know more about Nelson Mandela and his objectives. We get to understand his beliefs and concept in life, his love for his fellowmen and his country. Listening for 27 hours is well worth for this kind of autobiography! Plus the soundtracks provided supports the narration well. Not distracting honestly, rather, it amplifies the emotion and connection of the story to the listener.

I really wanted to hear this book but found the African music and drumming so distracting that I made it no further than chapter 5. I kept waiting for it to stop but it is continuous throughout the entire book. Very disappointing.

A moving story about a man who lived his faith in God and in humanity. Mr. Mandela's life is a story worth telling and retelling. The story and the narration are gifts beyond measure.

A moving and educational book

I found this book to lead to much introspection and thoroughly enjoyed it from start to finish. I was hoping to learn both about Nelson Mandela and about the history of Apartheid, and I was not disappointed.

Yesterday I finished reading, “Long Walk to Freedom” by Nelson Mandela. I listened to an abridged version many years ago, but after watching the movie “Mandela”, which is based on the book and his life, I decided to revisit the story again.

Nelson Mandela’s life is a filled with triumph and tragedy, where one can experience both the worst and best parts of the human condition. After spending 27 years in prison he emerged a free man determined to unburden myself and his nation from the clutter of resentment and concentrate on the future and peace where everyone could exist together. Here is one of my favorite passages from the book...

“I have walked the long road to freedom. I have tried not to falter; I have made missteps along the way. But I have discovered the secret that after climbing a great hill, one only finds that there are many more hills to climb. I have taken a moment here to rest, to steal a view of the glorious vista that surrounds me, to look back on the distance I have come. But I can only rest for a moment, for with freedom come responsibilities, and I dare not linger, for my long walk is not yet ended.”

Really should be required reading for all- great book!

What an inspiring and wonderful book, story and life. Definitely worth a good read. This is a long book but plays nicely at 1.25 speed.

As a South African, this book touched me deeply for many reasons. It is a great pity that Audible, the editors and Michael Boatman took so little care with getting the pronunciation right of the names of people and places.

Must read - Inspiring on many level

Until this book I had not realized how little I knew about South Africa and Mandela himself.
I will listen to it again.
The quiet narration tone is captivating, it feels intimate, as if Mandela himself was telling the story.
The music is there at the right time and in the right tone making the listening experience really enjoyable but not distracting from the content.
What a leader!! So much to learn...

I've been reading this book for years. Thanks Audible for helping me finish. Such a great story from a Great Man.

What a great life!

A giant of a human being. After what all he was put through, he still had the vision to understand that white South Africa had a part to play in the future of his country. I hope that his vision of South Africa endures for a long time to come.