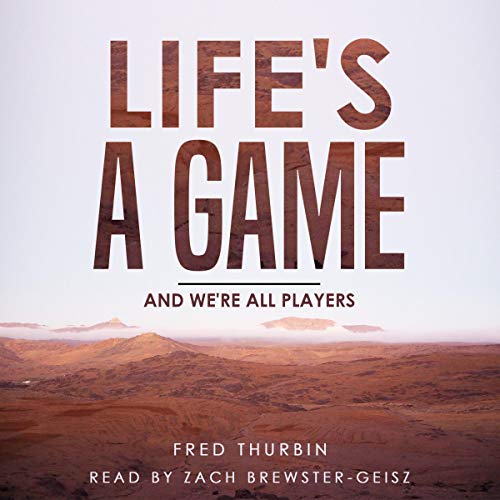 Life's a Game: And We're All Players

It’s a game of life and death.

Ember is a courtesan whose skills as an assassin are well-hidden. On her mission to kill a lord at a party, she manages to poison him but he survives. As punishment, the vengeful lord murders all the women who bear a resemblance to Ember. Her failure in her mission leads to her expulsion from the assassins’ guild. And when a fearsome group of hired killers known as the Sister chase her, Ember is forced to flee the city.

She stumbles across a group of dwarves on a rare sojourn above ground to avoid a growing civil war. The dwarves are in the middle of their own mission - to settle a land dispute that threatens to bring two families to the brink of war.

Meanwhile, Amaka, a human from our world, also finds herself underground. In this strange land, she struggles to survive and make sense of it all. And when she falls into a den of vicious creatures, she must escape or pay with her life.

Rui is a strategist, but soon bites off more than he can chew and must fight to survive. Exploring a lost city at the end of Earth, the monk discovers danger and magic at every wicked turn. The architects of this maze remain a mystery, and Rui will need all the help he can get to win his freedom. Powerful creatures may offer aid, but can they truly be trusted?

When Joha a wanna be diplomat finds himself also ensnared, it soon becomes clear to Joha that he isn't half the man his brother is. After being confronted by necromancy, Joha see's his chance at fame. Yet his estranged brother Moojan happens to be close by. A rogue mage has unleashed hell’s fury, and only one way to close his portal exists: Defeating the dead.

Life’s A Game is a thrilling LitRPG story about the choices we make and the consequences that follow. In this captivating story, this strange world is meant for those who can level themselves up and survive the quests. And as the quests become more difficult...only the strong will survive.

Fred achieves a beautiful balance of horror and supernatural thrills. The stakes are high - the secrets profound. The fun is absolute.