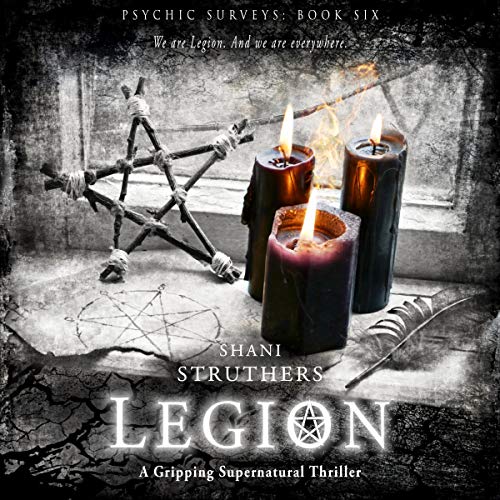 Legion is the sixth in the best-selling Psychic Surveys series, that features plot twists, compelling characters, and a mystery at its dark heart!

What if evil won't let go?

Along a sheltered lane, deep in the Sussex countryside, sits a house that is sometimes called home, the tenants it has held unable to forget it. When Ruby Davis gets a distressed call from Rosie Cowell, the latest inhabitant, little does she know that her life too will change forever, from the moment she steps over the threshold.

Unlike other houses of its kind, such as Bolskine and Borley, Blakemort has no reputation. Indeed, there is no written record of it anywhere; its history is quite untraceable. But Blakemort exists, and it exists for one purpose only. To torment.

How do you fight a house like Blakemort? Even with a team on your side, and the light encircling you? Is it possible to take on a darkness this deep?

In Legion, Blakemort is back.

Did it ever truly go away?

Other books by the author: