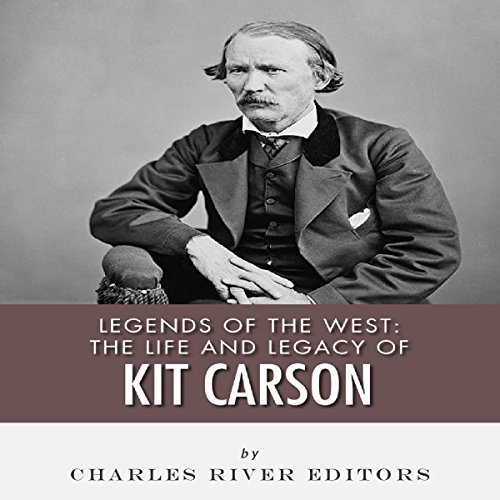 Legends of the West: The Life and Legacy of Kit Carson

Of all the legends and folk heroes who lived in the 19th century, men such as Daniel Boone and Davy Crockett, few actually accomplished as much as Kit Carson. A frontier boy who hopped onto the Santa Fe Trail as a teen, Carson became the quintessential mountain man during the 1830s and was literally a trailblazer for John C. Fremont's historic expeditions through the West in the 1840s. Along the way, Carson learned so many Native American dialects that he was considered nearly as proficient talking with them as he was fighting them. In fact, Carson engaged in a duel with another man over their romantic affections for an Arapaho woman named Singing Grass.

Carson's reputation as a frontiersman turned him into one of the country's best known dime novel heroes. At one point, he led a group in an attempt to rescue a woman and daughter kidnapped by Native Americans, only to discover that they had been reading a tale about Kit Carson rescuing someone from Native Americans. Of course, the stories embellished so much that when one man found out how diminutive Carson truly was, he responded, "You ain't the kind of Kit Carson I'm looking for."

Carson's still remembered in large part due to the frontier folk hero status that he acquired among his contemporaries, but he was also crucially important as an Indian agent in the West during the 1850s and 1860s. While he helped the federal government reach treaties with certain tribes, including the Utes, he was also involved in the forced removal of the Navajo from their homelands. Thousands of Navajo died during the "Long Walk", and Carson remains notorious for his involvement in it, despite the fact he had attempted to resign and avoid his duties on multiple occasions.

Legends of the West: The Life and Legacy of Kit Carson chronicles the Western icon's life and examines the myths and legends in an attempt to separate fact from fiction.