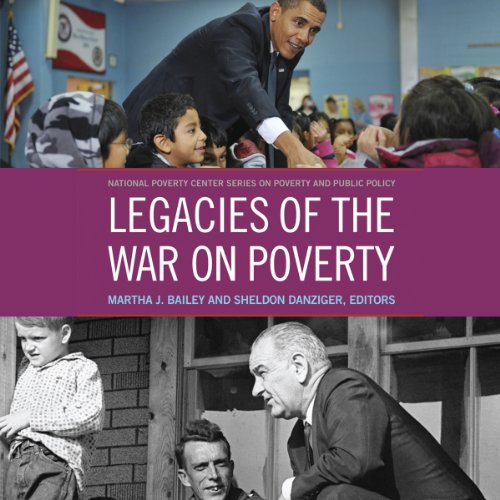 Legacies of the War on Poverty

Many believe that the War on Poverty, launched by President Johnson in 1964, ended in failure. In 2010, the official poverty rate was 15 percent, almost as high as when the War on Poverty was declared. Historical and contemporary accounts often portray the War on Poverty as a costly experiment that created doubts about the ability of public policies to address complex social problems. Legacies of the War on Poverty, drawing from fifty years of empirical evidence, documents that this popular view is too negative. The volume offers a balanced assessment of the War on Poverty that highlights some remarkable policy successes and promises to shift the national conversation on poverty in America.

Legacies of the War on Poverty demonstrates that well-designed government programs can reduce poverty, racial discrimination, and material hardships. This insightful volume refutes pessimism about the effects of social policies and provides new lessons about what more can be done to improve the lives of the poor.

The book is published by Russell Sage Foundation.

He almost sounds like a computer reading the material. And the pace is such that it doesn't really convey meaning. This is really good information, but if the narrator could have been more lively and read the material like an engaged person, it would have very much helped.