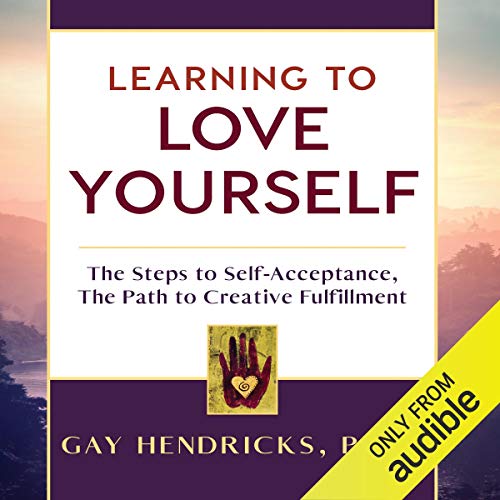 Learning to Love Yourself

For more than 30 years, Gay Hendricks has served as one of the major contributors to the fields of relationship transformation and body-mind therapies. In his updated classic, Learning to Love Yourself, Dr. Hendricks provides a honest, fresh, yet timeless, approach to handling your feelings and developing a deeply positive sense of self-worth. This book has helped tens of thousands.

Throughout his career, Dr. Hendricks has coached more than 800 executives, including the top management at firms such as Dell, Hewlett-Packard, Motorola, and KLM. Along with his wife, Dr. Kathlyn Hendricks, he has coauthored many books including Conscious Loving, The Corporate Mystic, and his latest, the New York Times best seller Five Wishes, which has been translated into 17 languages. Dr. Hendricks received his PhD. in counseling psychology from Stanford University. After a 21-year career as a professor at the University of Colorado, he founded the Hendricks Institute, which offers seminars in North America, Asia, and Europe. His workshops reach more than 20,000 people a year. He is also a founder of The Spiritual Cinema Circle. In recent years his passion has been writing a new series of mystery novels featuring the Tibetan Buddhist private detective, Tenzing Norbu. Ten's first adventure was The First Rule of Ten, followed by The Second Rule of Ten and more to come.

The one liner that will endure my lifetime

"Love yourself anyway". It seems simple, which is probably why it's working. There was a 5 minute audible clip "brainwashing" of sorts, that has worked!! I didn't know it was happening as it was happening. As I was listening, I was thinking "ok, I get it, move on, next point" as he kept giving repeated but different scenarios ending with "love yourself anyway". WELL NOW, EVERY TIME my brain tries to get down on myself, I find myself saying to myself, "Love yourself anyway!!!!!" and lo and behold - I do!!! INSTANTANEOUSLY!! It about makes me want to cry happy tears because it's an immediate hug of sorts to self and it's an immediate comfort, immediate self-love. It's something I've never even considered thinking before. Now I do, automatically, EVERY time,. Thank you!!!!!!

I have read and or listen to many books by Kathryn and Gay Hendricks and I have thoroughly enjoyed all of them. When I listen to them on Audible I much prefer when the authors them selves read the books because they sound much more authentic.

Excellent and speaks at many levels

Hendricks work is always deep yet accessible. He is one of the people that I k ow I can trust. I recommend this book to everyone. Seeing as about 99% of us need to learn to love ourselves more! Yet so often were told to do that but not HOW to. Listen to this book. The narration was ok but not great. Worth putting up with for the content.

I’m going through a time in my life where not loving myself and sacrificing all of my time to everyone else is really taking a tole on me. This book is what I needed to hear in order to love myself and improve my relationships with others. I found this book at the perfect time. Everyone needs to read this.

didn't find it worth the credit I spent.

couldn't even finish half. highly do not recommend. boring, childish, and unhelpful. please don't bother no matter what the general consensus dictates

I hate myself for buying this book

Honestly, if this helps someone good for them. I get the concept but the advice on how to get there it just did not resonate with me. I'm not likely to have inner body experiences just by loving myself for what I hate. lol

Step by step with addressing your feelings and then next step with your next journey.