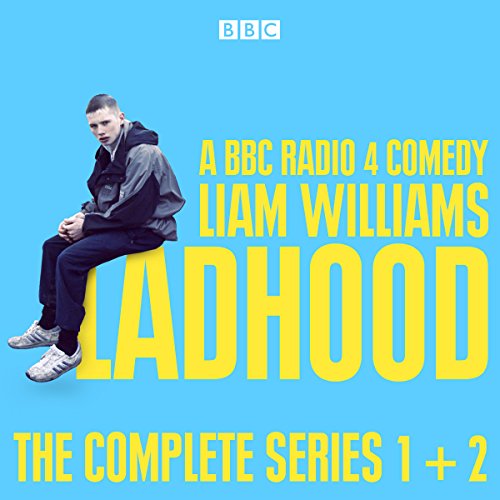 Ladhood: The Complete Series 1 and 2

The first series delves into Liam's memories of his first fight, virginity loss, the best house party ever organised and his marvellous outwitting of an entire teaching staff. This is the New Labour, postmining, aspirational heartland meeting 50 Cent and Generation Y ennui, represented in a bourgeois radio format - by one of Britain's most exciting comedians.

Series 2 sees Liam anxiously awaiting A-Level results before trying to find his feet in a most alien of new environments, Cambridge University. There, he searches for hedonism, torn between the laddish drinking societies and the artsy intelligentsia of Cambridge University.

Liam Williams is a critically acclaimed comedian, known for his wry poetic presentation style. He was nominated for Best Newcomer at the 2013 Edinburgh Fridge Comedy Awards and for Best Show at the 2014 awards. He has appeared as a guest stand up on Russell Howard’s Good News and on Channel 4’s Drunk History. His successful mockumentary series on BBC Three in 2017 was called Pls Like, about a man trying to become a YouTube star.

The series was recorded in Leeds and stars teens from Yorkshire as the young Liam and his mates.